Throughout the week, the media plugged the opening by monopoly Maple Leaf Sports & Entertainment (MLSE) of its closed square outside Scotiabank Centre to watch its Raptors franchise in the NBA playoffs as well as Maple Leaf NHL tailgate parties. The square features a giant video screen. The Toronto Star headline of April 12 which urged “Calling all Raptors fans: Jurassic Park is back for the NBA playoffs, Saturday” was typical of its free commercial advertising. The social responsibility was such that the public was not even asked to wear masks. The Star assured the public, “To enter the square on Saturday, fans simply had to preregister online to get a free mobile pass to decrease lineups and wait times.”

END_OF_DOCUMENT_TOKEN_TO_BE_REPLACED 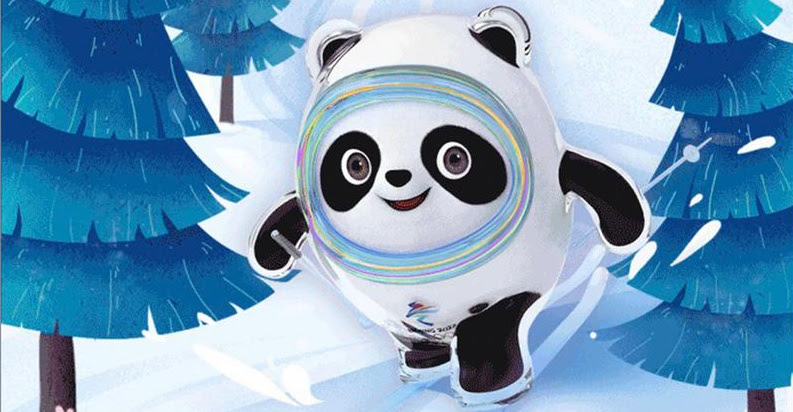 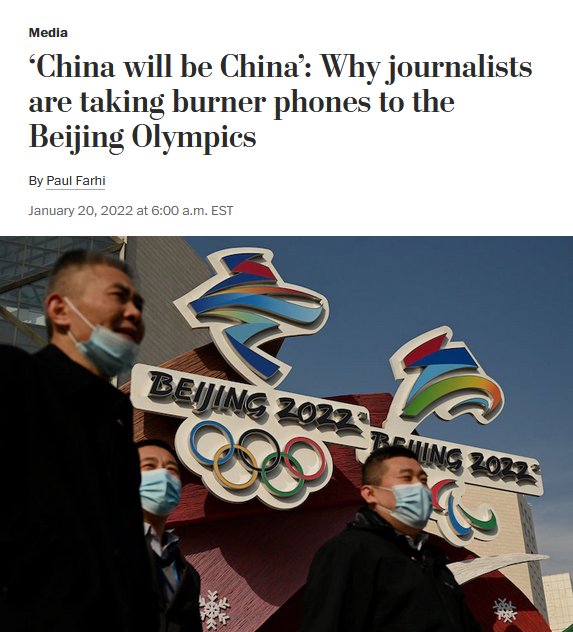 The Washington Post‘s headline (1/20/22) seems to sum up why Western journalists saw no need to factcheck claims of Chinese cyberespionage at the Beijing Olympics.

A persistent trope in Western media coverage of China is the claim that Chinese technology is inherently compromised and used as a nefarious tool by Beijing to spy on unwitting foreigners. However, when one actually looks for evidence behind these claims or innuendos, one often finds unsubstantiated speculation.

END_OF_DOCUMENT_TOKEN_TO_BE_REPLACED

Parity is an issue. Rosie Dimanno is still wrong

By Courtney Szto and Brett Pardy

Rosie Dimanno, columnist for the Toronto Star, came out guns-a-blazing when she wrote that the women’s hockey competition is “an easy gold” due to the lack of parity in the game. She referenced Canada’s first two wins where they outscored their opponents 23-2 as “abomination domination.” The weird part was when she suggested that the lack of parity should result in the removal of women’s hockey from the Olympics.

END_OF_DOCUMENT_TOKEN_TO_BE_REPLACED

Predictably, Canada and the United States have been eliminated from the 2022 Olympics, lasting only to the quarter-finals. Congratulations to Sweden and Slovakia and all the athletes.

The players, coaches and selection process are not to be blamed. The main reason is that the so-called National Hockey League, a US based private sports cartel, boycotts what it cannot control, profit from or own. For the second successive Olympics, the NHL refused to allow players under its contracts to participate in their national teams, this time under the pretext of the prevalence of the Covid pandemic. As a result many countries were denied their bast players – just as the MLB cartel had done with professional baseball players when it boycotted the Summer Olympics until baseball was expelled by the International Olympic Committee in 2005. Nevertheless, the NHL media ridiculed China for fielding a team of dual national players and even demanded it be removed from the competition.

The countries which are now advancing in the competition have their own national leagues. Annexed Canada does not have a national league in hockey, basketball or baseball and a second-tier league in soccer. Nor do the governments invest in training and developing Canadian youth, expanding facilities, restricting monopoly right and guaranteeing people’s participation in sport as a right.

Commissioner Bettman has declared that its Canadian-based franchises should finish the year playing in the US. Further, he announced plans for a second edition of the NHL’s own farcical “World Cup” which it will own and control – just as the MLB cartel had done with its “World Baseball Classic” – part of the neo-liberal “rules-based world order” in international sport.

Women’s hockey: Parity and ‘running up the score’ over the years

From our archives – By TONY SEED

(February 23, 2018) – “Running up the score” came to the fore once again in men’s and women’s ice hockey at the Pyeonchang Winter Games.

US men’s hockey coach Tony Granato refused to shake hands in the traditional post-game handshake on the ice with his Russian counterpart, explicitly accusing him of “running up the score” in a match held on February 17 and won by the latter team 4-0. END_OF_DOCUMENT_TOKEN_TO_BE_REPLACED

Dear friends, I have been out of action for several months for some reasons and not able to post any information or comments. I deeply appreciate all the messages and will reply hopefully by mid-January, as well as re-begin publishing my blogs. Wishing you and your family a happy, healthy and safe New Year with big hugs and best wishes for success in your life and work. I extend a heartfelt salute to all the fighting forces from the Atlantic to the Pacific on their achievements in 2021 during these dangerous and challenging times. May the great resistance of all the peoples of the world and their striving to realize their inalienable rights persist, broaden and deepen in 2022. A better world is possible!

END_OF_DOCUMENT_TOKEN_TO_BE_REPLACED

Service to the community: Eric Cantona kicks a Nazi

When asked about it he says it was the best moment of his career: “It’s not every day you get to kick a fascist.”

END_OF_DOCUMENT_TOKEN_TO_BE_REPLACED

Call for removal of militarist mural at Belfast football grounds

Disturbing new hoarding featuring masked UVF gunmen has appeared next to the home ground of Crusaders Football Club. The mural, bearing the logos of the UVF and the paramilitary group’s “youth wing”, the YCV, appeared at the Irish League ground last month.