London 2012: Locked out Quebec workers demonstrate to get Rio Tinto off Olympic podium

ON MAY 24 more than one hundred locked-out Rio Tinto workers from Alma, Quebec, demonstrated in front of the Quebec City Convention Centre as part of the Off the Podium Campaign to demand that Rio Tinto be withdrawn from the sponsors of the upcoming London Olympics and not be allowed to produce the Olympic medals. The demonstration was held as the International Olympic Committee was meeting in Quebec City in preparation for the Olympics. END_OF_DOCUMENT_TOKEN_TO_BE_REPLACED

The Ukrainian government had high hopes that co-hosting the Euro 2012 would be Ukraine’s European coming out party. For now, the tournament remains a PR disaster, highlighting mostly corruption scandals and political turmoil, writes Ukraine-based journalist Mark Rachkevych in his second of two articles on Ukraine’s Euro 2012 preparations. END_OF_DOCUMENT_TOKEN_TO_BE_REPLACED

IN THE first of two articles on Euro 2012 co-host Ukraine, Ukraine-based journalist Mark Rachkevych presents the rocky road of Ukraine’s Euro 2012 preparations. We are publishing this article and its companion for information of our readers. Overspending and corruption cases have surrounded the country’s construction and infrastructure projects in preparation for the tournament. However, the Eurocentric bias is evident as two of the original and central aims of Euro 2012, the annexation and integration of the Ukraine and Poland into the European Union and NATO and the neo-liberal agenda, is kept in the shade. Nor does the writer even treat soccer/football in Ukraine, where only a minority of players for Donetsk and Dynamo Kiev are Ukrainian (5 of 24 on Donetsk, and 12 of 25 for Kiev) – and most of these are not regulars. Sound familiar? END_OF_DOCUMENT_TOKEN_TO_BE_REPLACED

Manchester City: a tale of love and money 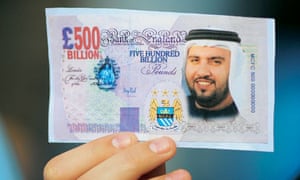 (May 19) – Last Sunday, Manchester City, the club I grew up supporting, won the Premier League, 44 years after their last championship. City’s all-star squad, paid for from the oil fortunes of the club’s far-fetched owner, Sheikh Mansour bin Zayed Al Nahyan of Abu Dhabi, were playing Queens Park Rangers, who were struggling to stay in the league. The old Manchester City, who had stumbled through 30 years of mishaps since their excellent 1970s, might have been expected to flap at such a moment of triumph. But this team is different. Few of the 48,000 supporters at the Etihad Stadium on Sunday truly felt they would witness the kind of wobble that has come to be known over the years as “Typical City”.  END_OF_DOCUMENT_TOKEN_TO_BE_REPLACED

IN THE 1990s, the U.S. media made much to-do about so-called genetic differences between “white” and “black” athletes. One prominent example is the cover story in a December 8, 1997 issue of Sports Illustrated titled “What Ever Happened to the White Athlete,” which is exposed by JOSHUA BRISSON in his essay below. Sports Illustrated discuses a supposed “black” takeover of professional sports and the demise of the “white” athlete in  that country. Although published 15 years ago, the cover story concentrates different pseudoscientific and racist theses that continue to be promoted today. The fact that the media highlights genetics, cites a handful of sports (football, baseball, basketball, track and field) as “proof” and omits mention of the effect of social conditions – saying nothing for instance about the very real issue of state-organized and institutional racism and the elimination of any opportunity to participate in sport and recreation by the vast majority of the people in the United States – is worthy of note.  In fact, such “explanations” are equivalent to the pseudoscientific “gene” explanations long given for everything from poverty to aggression. People should be vigilant against such so-called science. As is always the case, the key question is who benefits from acceptance of the claims made. When the claims let the monopolies and sport cartels off the hook for their inhuman activity, it is crystal clear that the beneficiaries are not the people. – Tony Seed END_OF_DOCUMENT_TOKEN_TO_BE_REPLACED