US: Common Core is even wrecking gym class

NY Times – ON A RECENT AFTERNOON, the third graders in Sharon Patelsky’s class reviewed words like “acronym,” “clockwise” and “descending,” as well as math concepts like greater than, less than and place values. END_OF_DOCUMENT_TOKEN_TO_BE_REPLACED 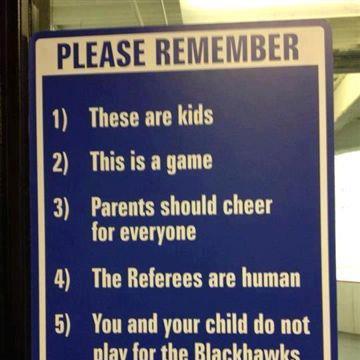 Raw Story – A recent study by the Center for Public Religion has found that nearly 3 out of every 10 Americans believes that God decides the outcome of sporting events by favouring players who are virtuous and who God perceives as good. According to the study, “Americans are less likely to believe that God plays a role in the outcome of sporting events than they are to believe God rewards religious athletes. While only about 3-in-10 (27%) Americans, believe that God plays a role in determining which team wins a sporting event, a majority (53%) believe that God rewards athletes who have faith with good health and success, compared to 42% who disagree.”

On ice at Soldier Field, ‘It’s like you’re a kid again’

The rink was built in preparation for a college hockey doubleheader on Feb. 17 | Megan Bearder for The New York Times

By BEN STRAUSS in the New York Times*

CHICAGO — The weather was picturesque for hockey at Soldier Field on Friday. Snow fell on a clear and cold winter night on the shore of Lake Michigan. The rest of the scene was less conventional. Two teams made up of adult recreational league players, some who only recently learned the sport, skated before more than 60,000 empty seats. END_OF_DOCUMENT_TOKEN_TO_BE_REPLACED