NFL: A sports cartel without balls or integrity 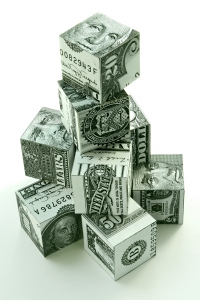 Exempt from the rule of law by U.S. federal legislation, the powerful sports cartels rule their domain by exception. Once again the US National Football League (NFL) is investigating itself for dirty tricks. The articulate Seattle player, Richard Sherman, denounced it openly, i.e., without fear of fine, declaring that “it looks like a conflict of interest.”

For the past three years, the NFL has faced one “moral crisis” after the other involving organized fraud, collusion, violence and cheating of the health and safety of its players, constituting a credibility crisis that is part and parcel of the overall crisis of the American economic and political system and its institutions, with economic crisis at the base.

The latest crisis: Did the New England Patriots intentionally deflate the footballs used in the first half in the AFC Championship game on January 18 to gain an unfair competitive advantage? It had come out that the balls deflated from a legal minimum 12.5 pounds per square inch (PSI), down about 2 PSI below the legal standard during the match. Deflating a football could change the way it would be gripped by a player or the way it travels through the air.

The New England Patriots’ trounced the visiting Indianapolis Colts 45-7. Colts quarterback Andrew Luck had his worst game as a professional, completing only 12 of 33 passes for 126 yards, no touchdowns and two interceptions.

According to the NFL rule book, AP reported, “home teams are responsible for furnishing playable balls at all time. Each team brings 12 primary balls, while home teams are required to also bring 12 backup balls.

“Once the referee makes sure the footballs are properly inflated, they’re delivered to ball attendants provided by the home team.”

NBC Sports — which will carry Super Bowl XLIX — reported that “several balls were removed from play for being underinflated.”

From the sports pages onto the news shows and news pages in the two weeks leading up to the exceptionalist Super Bowl XLIL, the drums beat and the diversionary controversy raged: the criminal history of cheating of the New England coach, the home team’s personnel handling the balls, who could have tampered with them; the physics that results in a decline of the air pressure; the science of athletic equipment; etc., etc.

The discussion of “legal standards” omits two central facts: (1) the responsibility of the rinky-dink NFL, which allows home teams to supply equipment for regular season and playoff competition, which is a farce; and (2) it is a sports cartel of powerful monopoly corporations[i], who operate above and outside the rule of law with impunity.

The NFL is a totalitarian regime that rules by exception. If the rule of law is to mean anything, there can be no exceptions whereby corporations and cartels stand outside the law and the accused have no redress to the law, i.e., due process. Although the alleged offence in the “deflategate” is, in fact, a criminal offence under law, e.g., fraud, it is the NFL, a cartel of 31 private monopolies (plus one publicly held corporation, the Green Bay Packers), that is investigating itself.

Cheating raised to an organized system; player’s health and safety at risk 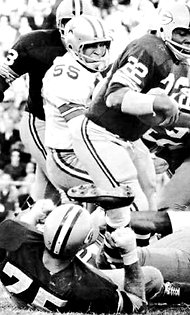 Goodell and the NFL are taking action to avert yet another public relations and legal disaster and maintain the fiction that professional football is played according to common-sense, semi-civilized rules of conduct. The reality is that cheating has been raised to an organized system in the NFL, as in the National Baseball League, which permits “tanking” (the practice of organizing to lose as many games as possible in order to ensure a high draft position (e.g., Toronto Raptors, Philadelphia Sixers); Major League Baseball (MLB), which permits teams to adjust the playing field according to their strengths (moving outfield walls in or out; doctoring the infield) and knowingly allowed players to use steroids for over a decade; and the National Hockey League, which allows home teams to freeze the ice according to their strengths.

On the world scale, U.S. privately-owned professional baseball teams constantly resort to bribery and urge Cuban citizens to commit treason and to desert to secure some of the Cuban ball players. The US Olympic Committee and the NCAA have gleefully participated in this talent theft, not only from former and present socialist countries but from poor and developed countries in general in order to achieve athletic supremacy. Canada, which participates in this trafficking, allows thousands of its youth to be recruited through bribery to prep schools and NCAA programs to be developed for the NFL and the other private sports cartels.

Further, NFL team owners and the sanctimonious media encourage levels of violence that make serious injuries to athletes inevitable. The brutality is seen as essential to marketing. Problems arise only when the public gets a glimpse of the harsh reality and then the justification is trotted out that the people are being given what they want, as evidenced from ever-rising revenues. A regime that claims it can end violence and brutalization while facilitating its own organized violence and brutalization will not have the people behind it.

From 2009 through 2011, a defensive coach and players on the New Orleans Saints football team operated a program under which players were paid cash rewards or bounties for injuring opponents, with higher payments for more serious injuries. The Saints won the Super Bowl in February 2010. In the name of protecting “two key elements of NFL football: player safety and competitive integrity,” the NFL and its commissioner, Roger Goodell, acted as investigator, judge, jury and executioner of the case. It named the alleged culprits publicly in the media, denied them due process, fought to exclude the NFL Players’ Association, and levied heavy fines and suspensions. [ii]

Another aspect of the NFL crisis is to destroy all vestiges of rule of law and due process for purposes of seeking justice by “legalizing” rule by exception.

Earlier this year, the NFL and local police allowed a star player with the Baltimore Ravens to go virtually scot-free with a two-game suspension after he assaulted his wife and knocked her unconscious, even though the assault was videotaped on a hotel security system. When the video was later leaked, a hue and cry ensued about the criminal assault, the player being immediately suspended for an entire year without due process, Yet another aspect is the concealment of the fact that violent behaviour was not invented by individual football players but of the society in which they were born and raised.

In May 2014 a group of retired NFL players filed a class-action lawsuit against the league, alleging that professional football knowingly supplied them with illegal narcotics and addictive painkillers. The players claimed the NFL encouraged an environment of bad medical practices and the massive over-prescription of painkilling drugs in its pursuit of profits. More than 600 former players signed on to the 85-page document. Studies have shown that a player with a career of four years or more in the NFL will live on average to the age of 55 (compared to the average life expectancy of 75 for males in the US).[iii]

In other words, the NFL knowingly cheats vulnerable athletes of years out of their normal life expectancy. In 2013 the NFL paid $765 million in an out-of-court settlement to over 4,500 former players who sought legal compensation for long-term brain damage from repeated and severe concussions incurred during their careers. As wsws.org reported, the NFL has acknowledged that, “it expects nearly a third of retired players to develop long-term cognitive problems.” The link between repeated concussions sustained by football players and the high incidence of dementia, Alzheimer’s disease, amyotrophic lateral sclerosis (ALS) and Parkinson’s disease has been well documented.

Not only does the NFL make up its own rules and does whatever necessary to suit its self-serving interests, its attitude towards a level playing field is pragmatic and without principle.

Violating the laws of the game

Early in the summer of 2013 the NFL locked 121 highly skilled referees out, producing serious problems on the field in the first three weeks of the season. It used a group of scab referees to replace them; they included a referee from the “Lingerie Football League,” a professional poker player (NFL has prohibitions on gambling) and a referee who appeared in New Orleans Saints attire on his Facebook page. Complex rules of the game were misapplied or ignored and players’ safety was further jeopardized.

The settlement was only reached after a fiasco in a game between the Seattle Seahawks and the Green Bay Packers, broadcast on “Monday Night Football”. Millions of viewers were outraged when scab referees ruled what should have been a game-ending interception by Green Bay a touchdown for Seattle, resulting in the Seahawks winning a game everyone else agrees they lost. The NFL allowed the call to stand. A Las Vegas gambling house had to repay all bets laid on the high-profile game, prompting a settlement that was reached virtually overnight. The egregious call was the most glaring in a series that the “replacement” referees had made during the first three weeks of the NFL season. These same owners locked out the players before the start of the 2011 season to extract concessions – the same tactic used in 2012 by the owners of the National Hockey League against their players.

Cheating and rule by exception is unjustifiable

Powerful monopolies who control professional sport have reduced the ethics of sport and the laws of the game to pragmatism, winning is everything, the only thing. A current ad by Blackberry features the general manager of the Toronto Raptors, Masai Ujiri, exclaiming “all I do every day is dream about winning.” His predecessor, Bryan Colanglo, publicly admitted after he was released from his position to stocking the team with less qualified players in order to secure a higher draft position.

One of the main aspects of “deflategate” is the promotion of the ethos that if you can get away with it, cheating works. Many of the articles on the “deflategate” controversy acknowledge that the highly successful New England coach, Bill Belichick, had already been caught cheating by secretly videotaping the practices of an opponent. “Listen, no revelation of Patriots’ deviousness would surprise me,” National Post sports columnist Cam Cole cynically declared.

The pragmatic logic that “heh! cheating works!” is pronounced. Cole went on to cynically attack “envy” and “angst” for spoiling the Super Bowl festival: “All the angst over the ‘hated’ Patriots and their anything-to-win philosophy starts to reek of little more than envy. The NFL, both history and current events tell us, is a veritable bubbling cauldron of deceit and dirty tricks.” It is a criminal logic that blames the people for the consequences of deception and cheating and as if they are jealous of the success of filthy cheaters.

That is what the sports media is so animated about. Success and winning is the criteria of truth and hence what is legal and illegal, right and wrong. The propaganda barrage centring around the NFL has never been so insidious. The main aim is to denigrate principle and promote rule by exception, whereby everything goes. This is an issue that does just concern sports fans. It concerns the society itself and everyone within it. In the hands of the reactionary ruling class, rule by exception means that under exceptional circumstances, for example, the threat of terrorism, the state reserves the right to abandon all norms and principles of conduct established by human society. It is this self-serving rule by exception that underlies the profound denigration of humanity, as with the Obama justification of drone missile attacks; Harper’s terror legislation; might makes right; the justification of torture; U.S. renditions to torture in secret prisons; attacks on fundamental legal principles of guilty-until-proven-innocent and habeas corpus; the wanton killing of millions of civilians, and so on.

[i] According to Forbes Magazine, of the 32 NFL owners, 19 are billionaires.

3 responses to “NFL: A sports cartel without balls or integrity”