Characteristically, neither Nike nor any U.S. or European monopoly was named in the FBI indictment of the FIFA officials for corruption. Yet a 1996 deal with “Sportswear Company A” (sic) gave Nike the right to arrange five friendly matches for the Brazilian national team per year, picking both opponents and players included in so-called “Nike games.” BRAD HAYNES AND ANTHONY BOADLE, Reuters

SAO PAULO/BRASILIA (June 5) – Nike Inc and some other big international companies face a grilling over their powerful role in Brazilian soccer as a former star player turned senator vows to expose what he describes as suspect marketing contracts and their links to corrupt payments.

Romario, a revered striker who led Brazil to victory at the 1994 World Cup wearing the U.S. sportswear giant’s boots, is leading a new congressional probe into sponsorship deals in the wake of U.S. graft charges that have shaken the soccer world.

Three Brazilians were among those named and charged in the U.S. indictment, including a former head of the Brazilian Football Confederation (CBF).

Neither Romario nor Brazilian prosecutors have alleged that Nike did anything illegal, despite the company’s $160 million deal in 1996 to sponsor Brazil’s team being linked to kickback payments in the U.S. indictment released last week.

Nike was not named in the indictment but there was only one company that fit the prosecutors’ description. In a statement last week, Nike noted that the charges did not allege it engaged in criminal conduct or that its employees were involved in or aware of bribery. 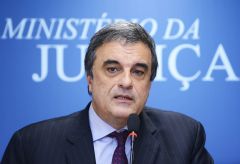 Romario, Brazil’s leading voice for soccer reform whose playing fame boosts his influence, says he wants to investigate such sponsorship deals to see if they were used to funnel money to officials and exert undue influence on the sport.

The commission, which will start next week, will have the power to subpoena witnesses, bank records and private contracts, but cannot issue search or arrest warrants.

Among companies whose sponsorship deals with the Brazil team have come under scrutiny in recent years are airline TAM, the Brazilian arm of regional giant Latam Airlines Group, and Ambev SA, now a subsidiary of Budweiser-maker Anheuser-Busch InBev.

“These brands are going to be front and center in the investigation … They won’t be able to remain silent,” said Fernando Ferreira, head of sports marketing firm Pluri, citing the heavy focus on sponsors in a similar probe 15 years ago.

“People are fed up and they want to know what sponsors are doing with the power of their checkbooks to demand changes in the sport.”

Sponsors in Brazil have been hesitant to publicly address corruption concerns, emphasizing their support for the national team rather than the CBF. The use of intermediaries is common in contracts in Brazil and sponsors may not have any direct knowledge of wrongdoing.

Previous investigations have revealed deals for broadcast and marketing rights that involve intermediary firms funneling sponsorship money to close associates of CBF officials, opening the door to kickbacks and bribery.

One lawyer with expertise on corruption cases and corporate compliance said that the CBF’s status as a private entity meant that a company could not be charged with giving it bribes.

“At worst, the problem will be damage to its (the company’s) image,” said the lawyer, who asked not to be identified.

Prosecutors would have to go after intermediaries on other charges, like money laundering and tax fraud, he said. 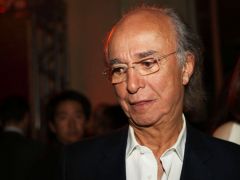 José Hawilla, Brazilian founder of sports marketing company Traffic, was named as a convicted defendant who had pled guilty to U.S. corruption charges.

The U.S. indictment said that in the 1996 deal “Sportswear Company A” – apparently Nike – agreed to pay $40 million in “marketing fees” that were not in its initial contract with the CBF to the Swiss bank account of an affiliate of Brazilian sports marketing firm Traffic.

Jose Hawilla, the founder of Traffic who was named by the indictment as convicted on graft charges, agreed to pay half of everything he made from the deal to an unidentified senior member of the CBF, according to the U.S. Department of Justice. That amounted to “millions of dollars, as a bribe and kickback,” the indictment said.

The new Brazilian Senate inquiry reprises a congressional probe 15 years ago. The probe was consumed by political infighting and did not result in formal charges.

But it brought to light previously secret aspects of the Nike deal that gave the firm remarkable influence over the team that has won the World Cup an unmatched five times.

It revealed that the deal gave Nike the right to arrange five friendly matches for the team per year, picking opponents and players included in so-called “Nike games”.

Lawmakers also grilled a Nike executive and coaches over one of the world’s greatest soccer conspiracy theories – that pressure from the sponsorship deal led to the selection of star striker and Nike poster boy Ronaldo in the 1998 World Cup final even though he was sick. Brazil lost the game. Nike and Ronaldo denied the allegations.

Despite the controversy, Nike’s Brazil business has thrived.

The country contributes around a billion dollars of Nike’s annual revenue, about 5 percent of its global business, compared to just half a billion in revenue from all of Latin America and other non-core markets in 1996.

Romario’s new investigation quickly gathered the support of fellow senators and President Dilma Rousseff’s government. He says Brazilians will not tolerate the impunity that followed the last probe.

“I think it’s a very different moment. The soccer kingpins are weak. The whole world is watching. This isn’t just about soccer in Brazil,” he told Reuters by email.

“What I can promise you is that I will do everything possible to put the crooks behind bars.”

Those who investigated the deals of the 1990s say business practices around the sport have changed little.

“In recent years, the soccer deals have grown much bigger, but they’re still based on the same model, with intermediaries and shell companies to launder money,” lawmaker Silvio Torres, who authored a report on the 2000 commission, told Reuters.

Several of the sponsorships he investigated remain in place.

Romario has flagged sponsorships as an avenue for graft in the CBF, citing one deal with TAM.

TAM stopped sponsoring the national team in 2012 after a newspaper Folha de S.Paulo reported that its contract paid $7 million per year to companies owned by a close associate of former CBF President Ricardo Teixeira. A TAM representative said it was ready to clarify the details of its 2007-2012 sponsorship to authorities.

A Senate investigation uncovered details of a 2001 Ambev sponsorship deal in which at least $9 million went to an intermediary company owned by a close associate of Teixeira.

Ambev and Inbev declined to comment on the matter.

Teixeira left the CBF in 2012 amid a police investigation into reports that he had taken millions of dollars in bribes from a sports marketing firm. He denied the allegations and was not charged for any wrongdoing. Efforts to reach Teixeira were unsuccessful.

Under Nike’s current Brazilian sponsorship deal through 2026, details of which are not public, the firm pays the CBF $40 million per year, according to a source familiar with the contract.