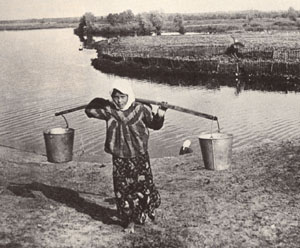 (April 18) – The start time of a professional basketball game has brought to the fore the national question in Canadian sport.

“One of the competing media conglomerates that owns part of the Toronto Raptors is at least complicit in the team being stuck with an unenviable starting time for Game 1 of its playoff series,” Doug Smith reported in the Toronto Star. END_OF_DOCUMENT_TOKEN_TO_BE_REPLACED

Daily Beast – More than 40 per cent of retired National Football League players had signs of traumatic brain injuries, a new study from the American Academy of Neurology showed. The finding – based on MRI scans – is a definitive link between brain injury and professional football, the study’s author argues. This new report comes from “one of the largest studies to date in living retired NFL players,” as well as the “first to demonstrate significant objective evidence for traumatic brain injury in these former players,” said author Dr. Francis X. Conidi. He said in a press release: “The rate of traumatic brain injury was significantly higher in the players than that found in the general population.”

If the NBA can sell it, they will. It is becoming harder and harder to escape its commercialization. As part of the commodification of civil rights leader Martin Luther King, the ESPN sports network even aired a national MLK Day NBA game. END_OF_DOCUMENT_TOKEN_TO_BE_REPLACED

Are you flipping kidding me?

I was standing in the on-deck circle when we knocked in the tying run, and the crowd just exploded. Imagine standing there on the field and looking up at 50,000 people going crazy. Then I took that lonely walk to the plate with everything on the line. END_OF_DOCUMENT_TOKEN_TO_BE_REPLACED

How to recognize the symptoms of a concussion

CTVNews.ca (March 31) – One in five Canadians has suffered a concussion while playing sports, according to a survey.

For those who got a concussion while playing sports as a youth, 68 per cent never saw a doctor.

The results, taken from a 2015 survey by Angus Reid, stress the importance of knowing the symptoms, and taking concussions seriously. END_OF_DOCUMENT_TOKEN_TO_BE_REPLACED