Manchester United Football Club has recorded revenues of £513.3 million ($684 million) for 2015/16 to become first English team with more than half a billion pounds revenue in a financial year. Manchester United is a professional football club based in Old Trafford, Greater Manchester, that competes in the Premier League, the top flight of English football and the richest professional sports league in the world.

Key to United’s financial success are rising commercial revenues. The club has signed 14 sponsorship deals to make a 36.3 per cent increase in that area to $356.3m.

That figure alone would put United ahead of Tottenham Hotspur, both Milan clubs and Roma.

The most prominent sponsorship deal saw United begin the start of the 2015–16 season with a world-record, 10-year kit supply deal with Adidas, the German sports monopoly, worth a minimum of $1.3 billion. In addition it signed several licensing deals including with Columbia, New Era and Sbenu. On 30 July 2012, United signed a seven-year deal with the U.S. automotive corporation General Motors, which replaced Aon as the shirt sponsor from the 2014–15 season. The new $80m-a-year shirt deal is worth $559m over seven years and features the logo of General Motors brand Chevrolet. The contract for the training kit sponsorship had been sold to American reinsurance company Aon in April 2013 for a deal worth £180 million over eight years, which also included purchasing the naming rights for the Trafford Training Centre.

Despite United missing out on Champions League qualification with a fifth place finish last season, broadcasting revenue was up nearly a third to $187m primarily because of participation in the Europa League and the club’s 2016 FA Cup victory.

United’s revenue target for 2016/17 will be helped by the Premier League’s new multi-billion dollar TV deal, with domestic live broadcasting rights set to increase by 70 per cent and international rights up approximately 40 per cent for the period 2017 to 2019. Because higher league placement results in a greater share of television rights, success on the field generates greater income for the club. According to Wikipedia, since the inception of the Premier League, Manchester United has received the largest share of the revenue generated from the BSkyB broadcasting deal.

The club boasts of a “global brand” achieved largely by the marketing of its star players as off-the-field “celebrities” – most notably George Best and David Beckham (who quickly developed his own global brand) – hand in hand with its success on the pitch. This attention often generates greater interest in on-the-field activities, and hence generates sponsorship opportunities – the value of which is driven by television exposure. During his time with the club, Beckham’s popularity across Asia was integral to the club’s commercial success in that part of the world. [Hamil Sean (2008). “Case 9: Manchester United: the Commercial Development of a Global Football Brand”. In Chadwick, Simon; Arth, Dave. International Cases in the Business of Sport. Oxford: Butterworth-Heinemann.]

Meanwhile, Manchester United has become exposed as one of the major European clubs using their so-called academies for trafficking in very young African players (see here and here) with impunity, which has become a global sports problem.

The obscene profits of this enterprise illustrates the supremacy of finance capital in the sphere of sport and the predatory aim of what is called “globalization”: the monopolization and exploitation of world sport. The majority of the top English clubs are in the hands of foreign capitalists. Most of them have incurred an enormous debt and created an economic fantasy world. “The level playing field imposed by global capital,” wrote the late Mike Marquesee in 2000, “seems to be having a distinctly unleveling impact on the sports field itself. The concentrations of wealth and power now driving the industry are generating new inequalities within sports, between sports, and among sporting nations.”

After its stunning defeat in EURO 2016 by Iceland, Wayne Rooney of Manchester United walks on the pitch to console Gary Cahill, Joe Hart and Dele Alli | Laurence Griffiths/Getty Images

Conquering global markets took precedence over the development of the sport nationally. The Premier League, the richest professional sports league in the world, is but a facade that covers up the destruction of people’s sport. According to an informative report by Andy Hunter in the London Guardian (and reproduced on this website), over 100,000 people have walked away from grassroots football in England between April 2012 and 2014. The participation rate in English football has declined by almost ten per cent. The withering decline is mainly due to the neo-liberal, anti-social agenda pursued by the Cameron and Blair governments, who have slashed funding and put sport at the mercy of corporate profiteering. “Leisure facilities are cut and cut and cut.” Small youth teams and young people are being priced out of playing organised football. If you haven’t got a pitch, there is no choice. On the other hand, there is no shortage of funds to bid for the FIFA World Cup.

In parallel, England has been predictably eclipsed as a football power, suffering one dismal elimination after another from international competition. On June 26, 2016 at the EURO 2016, tiny Iceland came from behind to deliver one of the most humiliating defeats in its history, beating it 2-1 and sending its high-priced players home in shame.

Founded in 1878, Manchester United was purchased in 2005 for £790m by the late US capitalist Malcolm Glazer, who also owned the Tampa Bay Buccaneers of the NFL. Reportedly, Glazer never stepped foot in the club’s stadium.

Glazer did not put up a cent of his own capital. He acquired control of Manchester United through a leveraged buyout, with loans borrowed from international banks against assets, resulting in an extraordinary debt load. Glazer’s takeover was protested by a portion of United’s fans due to financial concerns. Reportedly, Glazer had “effectively [completed the] takeover with the club’s own cash”, with United being £525m in debt after the takeover. This turned United from the richest club in the world to the one which owed the most money.

In August 2012 the Glazer family held a stock offering or IPO on the New York Stock Exchange. One of the biggest investors was American billionaire and speculator George Soros. (Soros, the most high-profile of the currency market speculators, made over his fortune – £1 billion in profit – by short selling sterling on Black Wednesday [September 16, 1992] – known as the day that speculators broke the pound.) The American investment group Baron Capital now owns 9.2 per cent of the entire club (equivalent to 37.8 per cent of all shares available on the NYSE.) Manchester United was now valued at $2.3 billion – a threefold increase in seven years since the Glazer acquisition – making it the most valuable football club in the world. Wikipedia reports that “Although the share prospectus specified that the proceeds from the sale would go towards paying down the club’s debts, it was revealed that much of the money would go directly to the Glazers.”

By January 2013, the club became the first sports team in the world to be valued at $3 billion. Forbes Magazine valued the club at $3.3 billion – $1.2 billion higher than the next most valuable sports team

However, there are two notable payouts currently on United’s books.

The club gave Louis Van Gaal and his staff $11.15m upon their dismissal at the end of last season, while a further $8.9 was written off the club’s playing assets following Bastian Schweinsteiger’s exclusion from the first-team squad. 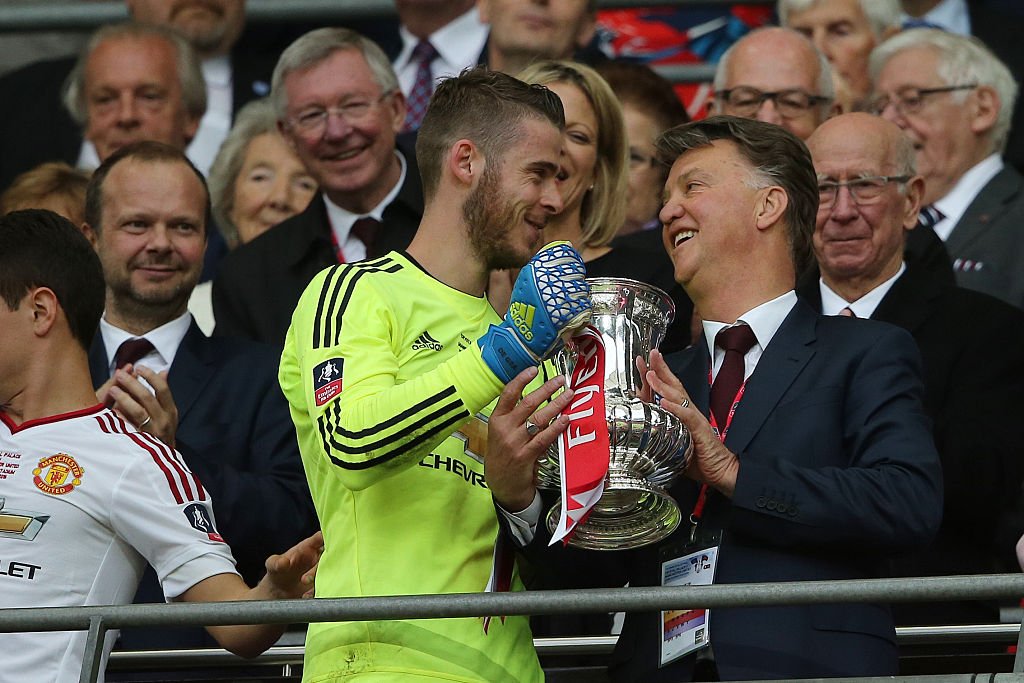 The Red Devils’ executive vice-chairman, Ed Woodward, said: “Our record fiscal 2016 financial performance reflects the continued underlying strength of the business and the club is on target to achieve record revenues in 2017, even without a contribution from the Champions League.

“This strong financial performance has enabled us to invest in our squad, team management and facilities to position us to challenge for, and win, trophies in the coming years.”

United’s revenue is predicted to rise to $720m at the end of the next financial year, having achieved a record operating profit of $91.5m in 2015/16.

The 2016 figure is short of Barcelona’s $760m revenue revealed in July, but is still a record for a Premier League team.

With files from RT and Wikipedia