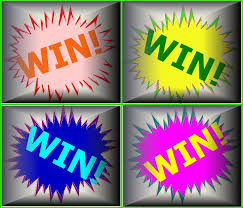 When I was a boy, I loved sports. Baseball was my passion, and I could be found in the backyard, even in the middle of winter, endlessly throwing a rubber-coated baseball into the air and hitting it as far as I could with my bat. I played organized ball from the age of nine to twenty-two, in Little League, Pony League, American Legion, High School, College, and in town leagues. When I began teaching, basketball became my new sports obsession, and I played seven days a week for many years.

In a working class town, excellence in sports was much prized, and for me, helped secure my budding “manhood.” It greatly aided my desire to fit in, to be considered someone who was physically tough. Sports allowed me to be good at something and respected at the same time. Academic excellence wasn’t even a close second.

It was impossible then, in the 1950s and 1960s, just as it probably still is, to be sports-crazy and not worship competition. When I played, I wanted to win. Defeat bothered me; there was never a game that I didn’t do whatever I could to win. This often led me to behave badly. I had no sympathy for teammates whose performance was below par. I’d yell and scream at them. Once when I was fifteen and pitching in an important contest, our third baseman dropped an easy pop fly. I shouted an obscenity at him. My father was watching the game and was so angry at my outburst that he came onto the field and told me to apologize. To little effect, however; I wasn’t chastened and didn’t change my behavior.

If baseball games engendered nasty outbursts, basketball put me into frequent competitive rages. The faster pace and frequent rough physical contact, in pick-up games without referees, promoted and rewarded aggression. I’d mercilessly taunt my opponents, push and shove those I was defending, berate my teammates when they played poorly, call unwarranted fouls, and generally be a gloating winner and poor loser. When my team was winning, I could be the embodiment of a collective spirit. But when we were losing, all hell could break lose in an instant.

The irony of my sports life was that it didn’t usually match my conduct as a teacher or parent. Almost always, I was a gentle instructor and father. Authoritarian parenting and teaching repelled me. I encouraged cooperation, offered praise at every opportunity, gloried in student and child achievement, discouraged mean and vindictive treatment of others, never refused help when requested, and never mocked or demeaned anyone. However, my relationships with colleagues did sometimes reflect the antisocial deportment that underlies competitive sports. I was not above serving my self-interest at the expense of someone else.

It was difficult to maintain a split personality, to not see the contradiction between a vicious competitiveness on the playing fields and a radically egalitarian spirit in the classroom and home. Matters were bound to come to a head sooner or later, and one day, in the gym, they did. As often happened, I lost my temper and was arguing vehemently with an opposing player, disrupting the game. One of my teammates, who happened to be my best friend, was standing about twenty feet away with the basketball in his hands. He was a large and strong man, and all of a sudden he threw the ball at my head as hard as he could. I caught sight of it and ducked in time to avoid being smashed in the face.  But I couldn’t duck his words. “Did you ever stop to think,” he shouted, “that every time there is trouble here, you are always involved. Always. Did it ever occur to you that it might be you who is to blame. That it is your fault these things keep happening?” I probably argued back, as I always did. Maybe I said something nasty to him. I don’t remember now. What I do remember is the sting of those words. They were like thunderbolts of truth, spoken by the person with whom I had been closest friend for more than twenty years.  I mulled them over for days, but almost from that day on, I tried to make my athletic actions match the rest of me and to not allow my sports demons to influence what I did away from the court. I didn’t always succeed, but people did notice the change.  A couple of years later, when at the end of the school term, we gave out mock awards to our crew of gym rats, I was given the “best sportsmanship” award. And whenever I began to act in unbecoming ways at work or at home, I remembered my friend’s words.

I quit playing basketball many years ago. I stay fit by hiking and sometimes working out with weights and training machines. I enjoy watching games. But not for who wins and loses. What is great about sports is the grace of the athletes, the amazingly fine-tuned bodies and minds that allow them to perform such remarkable feats. We should all strive to be physically fit and healthy. And even some competition isn’t necessarily a bad thing. The trouble is that, in a horribly competitive, ego-driven, dog-eat-dog, beggar-your-neighbor social system, it is nearly impossible to play sports, or work, or, for that matter, do anything, without getting caught up in abhorrent thinking and acting, irrespective of how much you oppose this. I look back on the thousands of games I played, always to win and often at the expense of honorable conduct, and wish I had done things differently, radically so.

It is not possible for us to credibly oppose the multiple evils so abundant in this world without at the same time transforming ourselves. How else will we become worthy to live in the egalitarian and cooperative society that must someday come? During the upheavals of the 1960s, radicals argued that the “personal is political,” that how we live our lives is as important as the social struggles we wage. With my friend’s help, I came to embrace the truth of this.

One response to “Is winning everything?”