England humiliated “little Panama” 6-1 on Sunday in Nizhny Novgorod. One newspaper (the Herald Sun) called its team a “fraud.” The TV broadcasters and the four members of the TSN “World Cup Panel” – all British, two from Yorkshire – oohed and awed over the superior English performance. The London Guardian unashamedly rejoiced: “Panama hammered by England in World Cup walkover.” The Independent screamed that the great power “can go all the way” and win the World Cup. A Guardian photo spread selectively featured four shots of Panama players “manhandling” and “bear hugging” the innocent and virtuous Englishmen, the so-called inventors of the game. This from a country where UK Sport was forced to conduct in 2017 a “root and branch review” of its policies following reports of a culture of fear in organisations as diverse as British Cycling, British Swimming, British Bobsleigh and British Gymnastics. This hubris and the whole concept of “hammering” and a “rout” by a great power over a small nation completely negates the modern spirit of friendship, respect and appreciation of all peoples and their right to be. It is British über alles of the imperialist era.For its part, Panama never quit and despite the overwhelming score, finally tallied a goal. The six goals combined were dwarfed by what Panama’s single goal meant for Panamanians. The fans who had travelled to Russia broke into cheers and danced in the stadium when Panama scored. Their joy was pulsating. It was its first goal scored ever in a World Cup and against the great power to boot, reminiscent of the cricket victories of the West Indies islands over the empire in the 1940s, 50s and 60s; it was its first time in a World Cup, a matter of national pride and dignity. Congratulations to Panama! 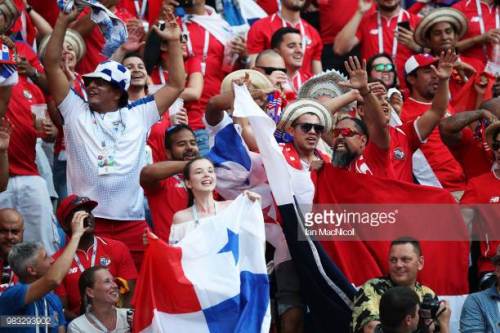 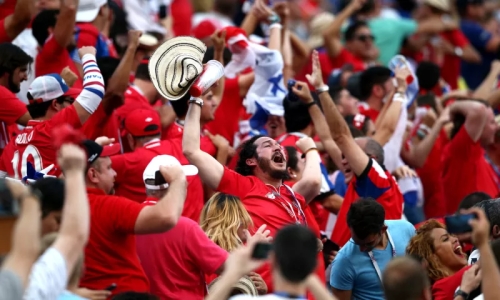 Panama’s first World Cup goal fittingly came from veteran Felipe Baloy, who at 37 years, 120 days became the third-oldest scorer of a first World Cup goal. Roger Milla of Cameroon was 38 years, 25 days old when he scored a brace against Romania in a 2-1 group stage win at the 1990 World Cup, while Sweden’s Gunnar Gren was 37 years, 236 days old when he scored in his country’s 3-1 win over Germany in the 1958 semifinal in Gothenburg.

How Panama got here

Panama is the second smallest Central American population. It finished as runners-up in the 2005 CONCACAF Gold Cup and 2013 Gold Cup, losing to the United States on both occasions. (CONCACAF is the federation for North and Central America and the Caribbean.) Panama has also competed in the sub-regional Central American Cup championship which they won in 2009, beating Costa Rica in the final (0–0 on full-time, 5–3 on penalties). They finished in third place on three occasions (1993, 2011, 2014), and finished as runners-up in the 2017 edition, which they hosted.

Panama came close to advancing out of the fourth round of the qualifiers for the 2014 World Cup. In their last match, which was against the United States, they led 2–1 after 90 minutes and were poised to advance to a play-off against New Zealand, but they conceded two goals in stoppage time and were eliminated, with Mexico taking the playoff slot instead

But it was Panama, Costa Rica and Mexico which went to the 2018 World Cup and the United States and Canada, for all the money they have spent on soccer, which stayed home.

Panama’s historic first goal is a grand total of one more than Canada has ever scored in the World Cup, which is zilch.

By way of contrast

“Little Panama” is ranked 55th in the world by FIFA. In contrast, the Canadian men’s team was ranked 35 places lower – at 90th in May. Few years ago it was even ranked 122 in August 2014. Last month, it defeated New Zealand 1-0 in a friendly in Spain with new coach John Herdman at the helm, and quickly rose 10 places in the FIFA rankings to No. 80. (The Canadian women are ranked 4th, their highest ranking ever.)

Interestingly, Occupied Palestine, many of whose top players have been injured by the Israeli military, had been ranked until then higher in the world than Canada – by 8 places.

The Palestinians even overtook Israel in FIFA world soccer rankings. Palestine comes in at 82nd place while the Zionist state state dipped down to 98th, its worst position since 1993.

The successful US bid for the 2026 World Cup included Canada and Mexico as junior partners in a NAFTA-type arrangement. What agenda is being pursued here? Hosting nations are given automatic berths. Is someone trying to buy its way into the World Cup?

“Own the Podium” acquires a whole new meaning.

A bedraggled, sorry imitation of a national team

Though Cuba’s debut in Gold Cup stained with irregularities, it fights through to the quarter-finals