(June 28) – In today’s crucial group stage match between England and Belgium, the Brits narrowly managed to come out on top by coming out on bottom of a hard-fought 1-0 loss. With this phenomenal loss, England won entry to the much weaker side of the knockout round bracket, and now have a clear lane to the World Cup semifinal.

It’s been clear for a while now that the real winner of this game would be the team that lost, and before the match even started, you could tell how determined both teams were to snatch this pivotal L. England and Belgium ran out heavily rotated lineups that featured hardly any of the players that won each of their two previous group stage matches. On paper, it looked like Belgium had a slight advantage when it came to throwing the match, with Roberto Martínez savvily lining up a handful of players out of position. Forwards Thorgan Hazard and Nacer Chadli both played wing back, and Leander Dendoncker started out in central defence. Surely, the more naturally positioned Englishmen would accidentally score a goal or two against such wildly ill-equipped defenders.

However, the Brits were not to be undone so easily. England’s lineup was also far from balanced. This was most clearly demonstrated in England’s lack of players who like to pass. Because of this passing deficiency, England conceded the possession battle to their more attack-minded Belgian opponents and succeeded in failing to create many chances to score. Belgium’s ball hogs had 54 per cent of the possession and popped off 14 shots to England’s 11. The worst shot of the day was this Adnan Januzaj beauty that, unfortunately for the Red Devils, curled into the top corner of England’s goal and gave Belgium the lead: 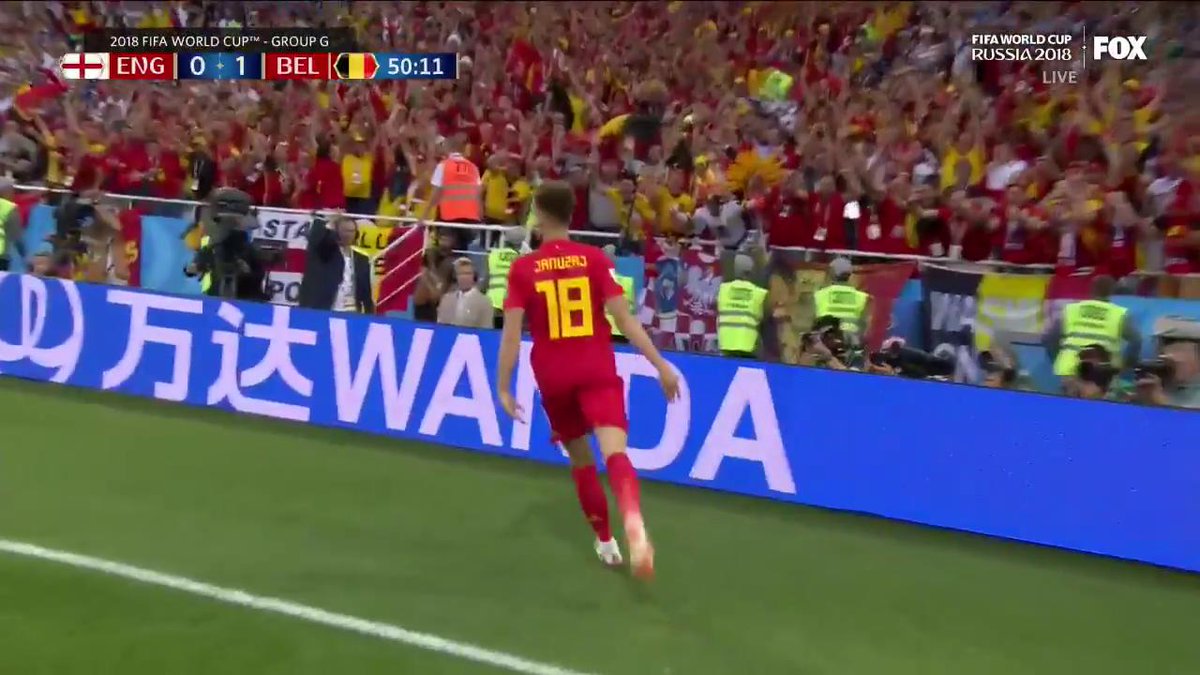 Januzaj creates some separation and curls it beautifully to put Belgium up 1-0 on England and give them the lead in the Group G standings!

The only Belgian player who really seemed to understand the true goal of the match was Michy Batshuayi: 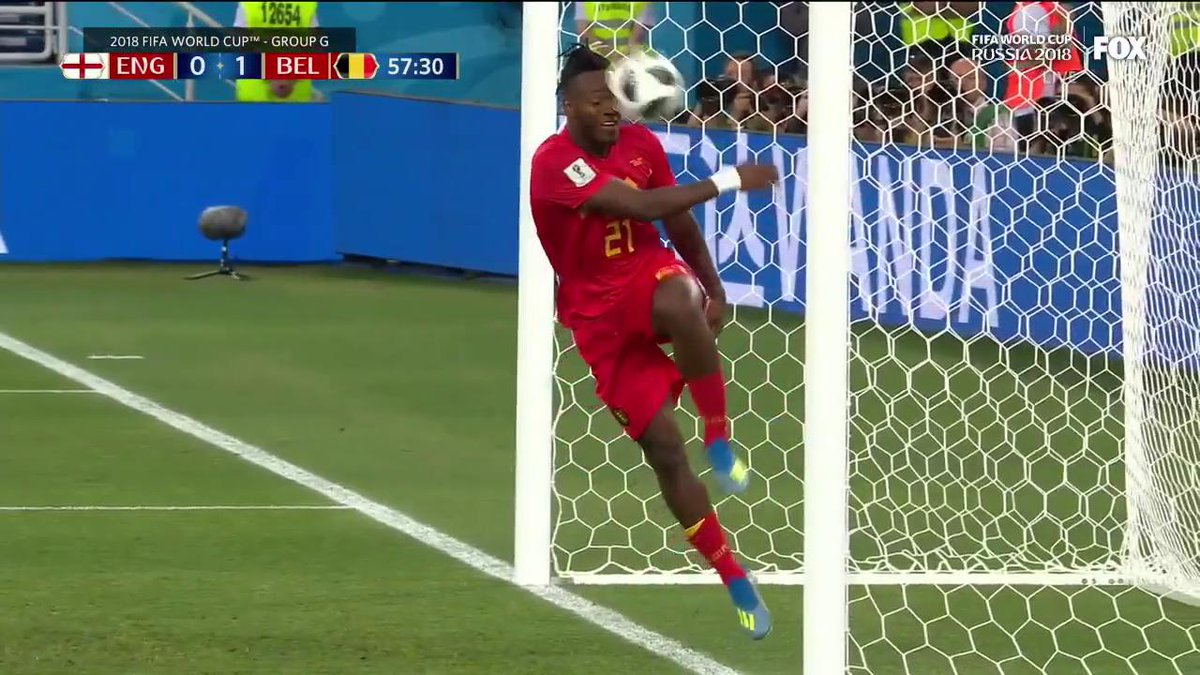 (This is probably because the other Belgians, even with the knowledge that they were out there rather than their superior teammates to increase their team’s chances of losing, wanted to impress the manager in hopes of earning playing time in a future game that the team will actually be interested in winning. Batshuayi, meanwhile, must know that Romelu Lukaku is by far the better player and will keep his starting spot for as long as he is healthy.)

In contrast to Januzaj, Rashford knew how important a loss was for his team. When given a one-on-one with the Belgium keeper, rather than play an easy pass for Ruben Loftus-Cheek for a probable tap-in, the Manchester United striker whipped in a shot himself at just the right angle to make it savable for the keeper but not so mis-hit that he couldn’t maintain plausible deniability that he was trying to score: 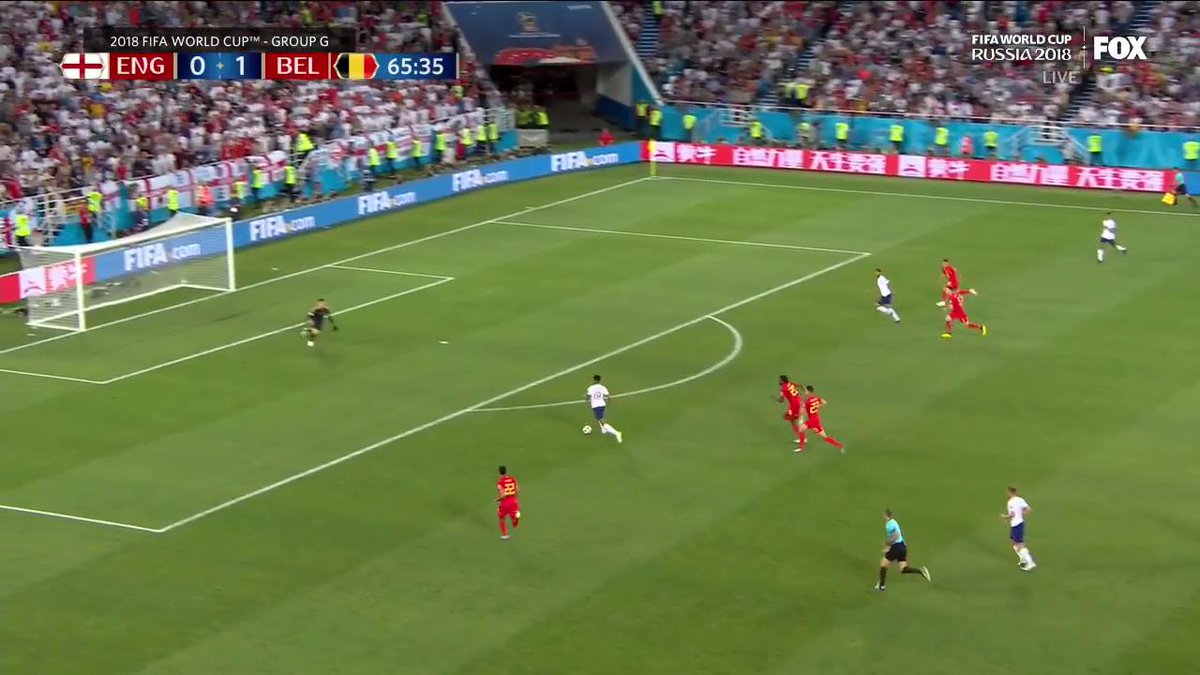 Rashford gets in behind the line but can’t put away the chance!

With today’s result, Belgium were forced to finish first in the group while England nabbed the coveted second spot. Here is how the heavily lopsided Round of 16 bracket now looks: 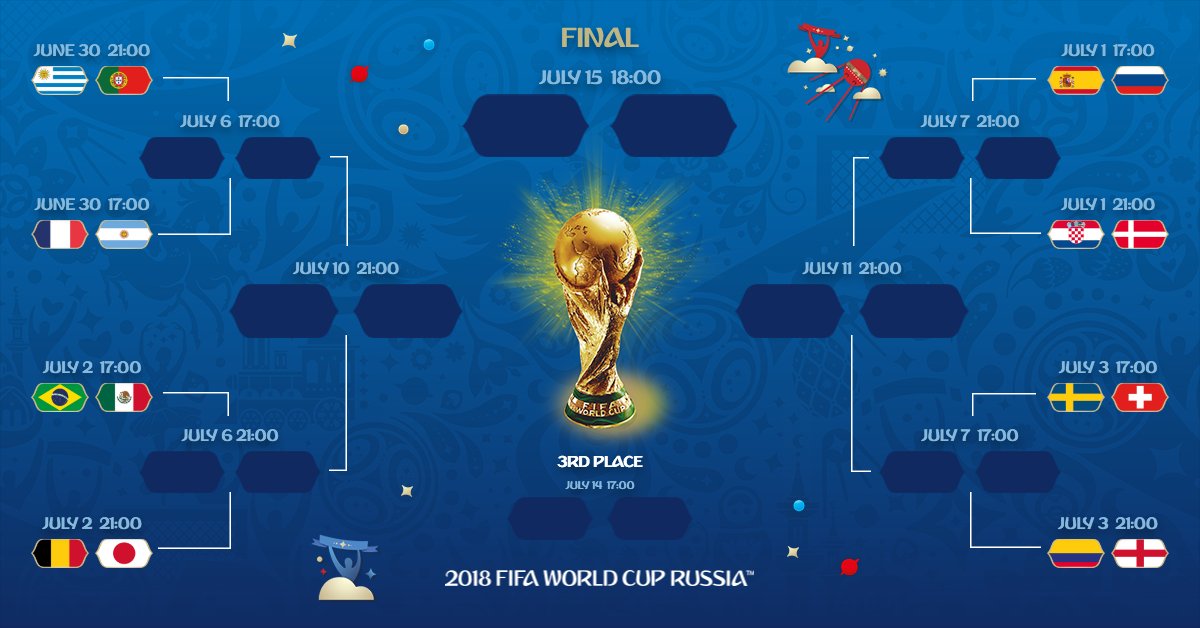 As you can see, today’s loss couldn’t have turned out any better for England. They will face a tough but beatable Colombia team in the next round, and, should they win there, will meet the winner of Sweden-Switzerland for a place in the semifinals—hardly murderers’ row. England should now be favoured to make their deepest run in the tournament since their semifinal appearance in 1990. This is the best opportunity England have had to win the World Cup since they last lifted that trophy way back in 1966.

Belgium, meanwhile, have a manageable Round of 16 opponent in Japan, but will then most likely face Brazil in the quarterfinals. Should they somehow overcome the Brazilians, Belgium would then come up against one of France, Argentina, Uruguay, or Portugal. By winning today, they will now have to endure a much more difficult road to the final. It’s certainly not impossible, but their odds of winning it all would be much better had Belgium been on the other side of the bracket.

It always seemed like the one thing potentially holding a Belgium squad that practically overflows with talent would be the ineptitude of their manager. By failing to set his guys up to lose today, Martínez might have have officially borne out those concerns.

Both England And Belgium Have Every Reason To Lose Tomorrow

Who is singing now?

What goes around, comes around. The dodgy English threw their final match in the opening round with Belgium back on June 28 with the pretext of resting players and avoiding injuries for the Round of 16. “Sometimes, you have to make decisions with the bigger picture, and that’s what I did tonight,” rationalizedhead coach Gareth Southgate at the time – as if the decision was his and his alone. That bigger picture seems to have included getting a better draw in the knockout stage, that is, to avoid Brazil and therein build the betting pool, the TV market, the revenues of the English Football Association, and “hearts and minds” diversion from the crisis at home – giving a new definition to match fixing and a level playing field. Such are the elastic ethics of England. – Tony Seed

One response to “2018 World Cup: How England threw a game”