World Cup 2018: In defence of the little guys. They indeed belong.

(June 28) – It’s safe to say the attention of the soccer world was not focused on the seesawing battle at Mordovia Arena in Saransk, Russia, on Thursday as Panama fell to Tunisia, 2-1, in the teams’ last game at the World Cup.

Neither team advanced in the tournament — Tunisia managed its first World Cup win in 40 years; Panama goes home with an 0-3 record, the lowest-ranked team — but they most assuredly did in the sport.

They might not have shone the brightest on the field, but they certainly stirred some far-flung corners of the globe.

So why should I be surprised that after the game, the pounding salsa music came on, the rum poured forth and the happy banter and singing of scores of Panamanians, offering one another long hugs, filled a bar in Brooklyn that nobody seemed in a rush to leave? (They were still singing an hour after the game.)

I rise in defence of Panama, and the other not-so-mighty teams officially exiting the tournament.

This newspaper requires conflicts of interest be disclosed, so here is mine: I am the son of Panamanian immigrants. I possess a baseball cap with a big P in the national flag motif. I might have worn it at some point on Thursday, surrounded by Panamanians at this bar, Michelle’s Cocktail Lounge, essentially a social club for the small but vibrant Panamanian immigrant community in central Brooklyn.

But my biases go but so far. The New York Times sports desk, where I am a ranking editor, offered live coverage of all the games on Thursday except one: the one I was watching, which was deemed too inconsequential. 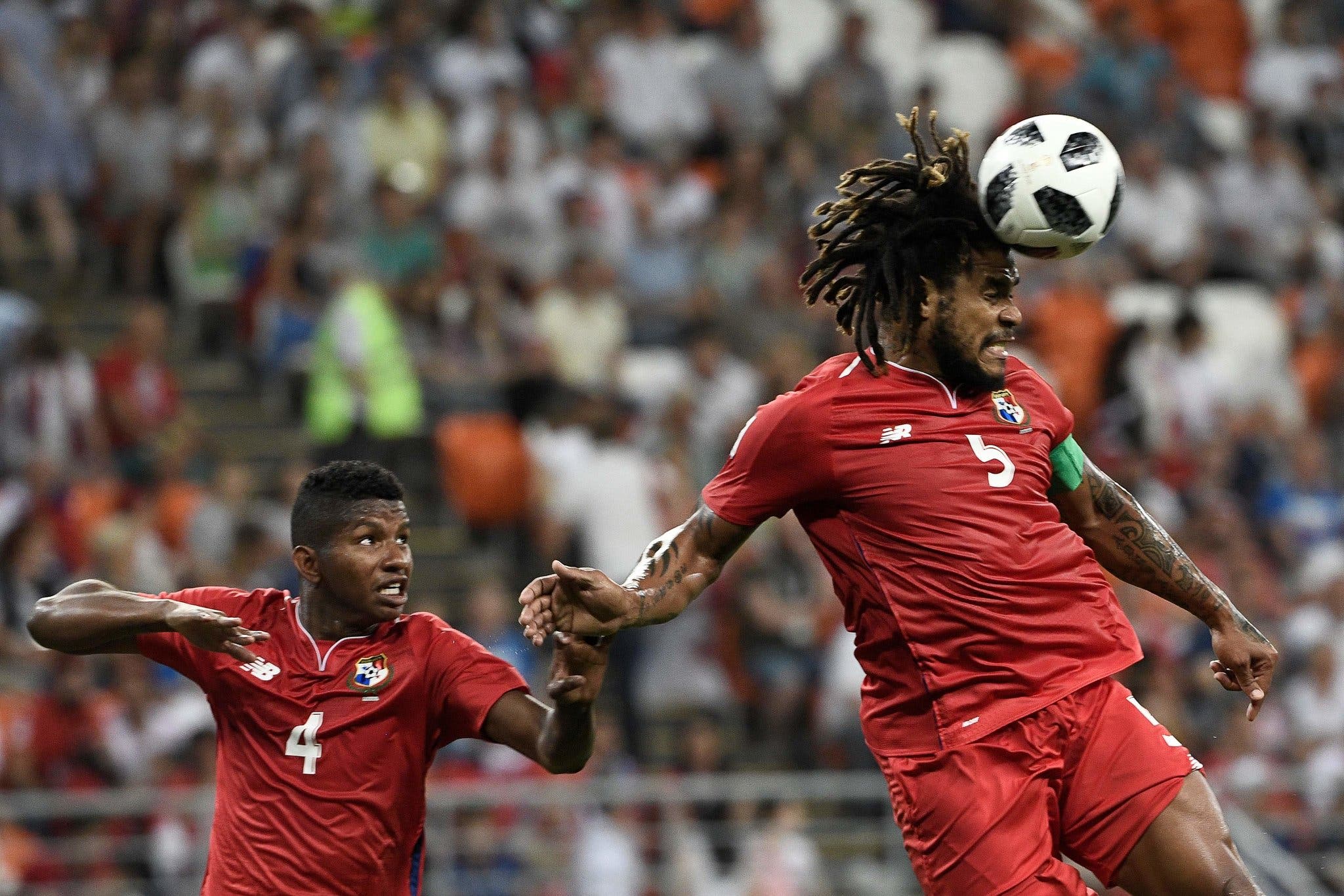 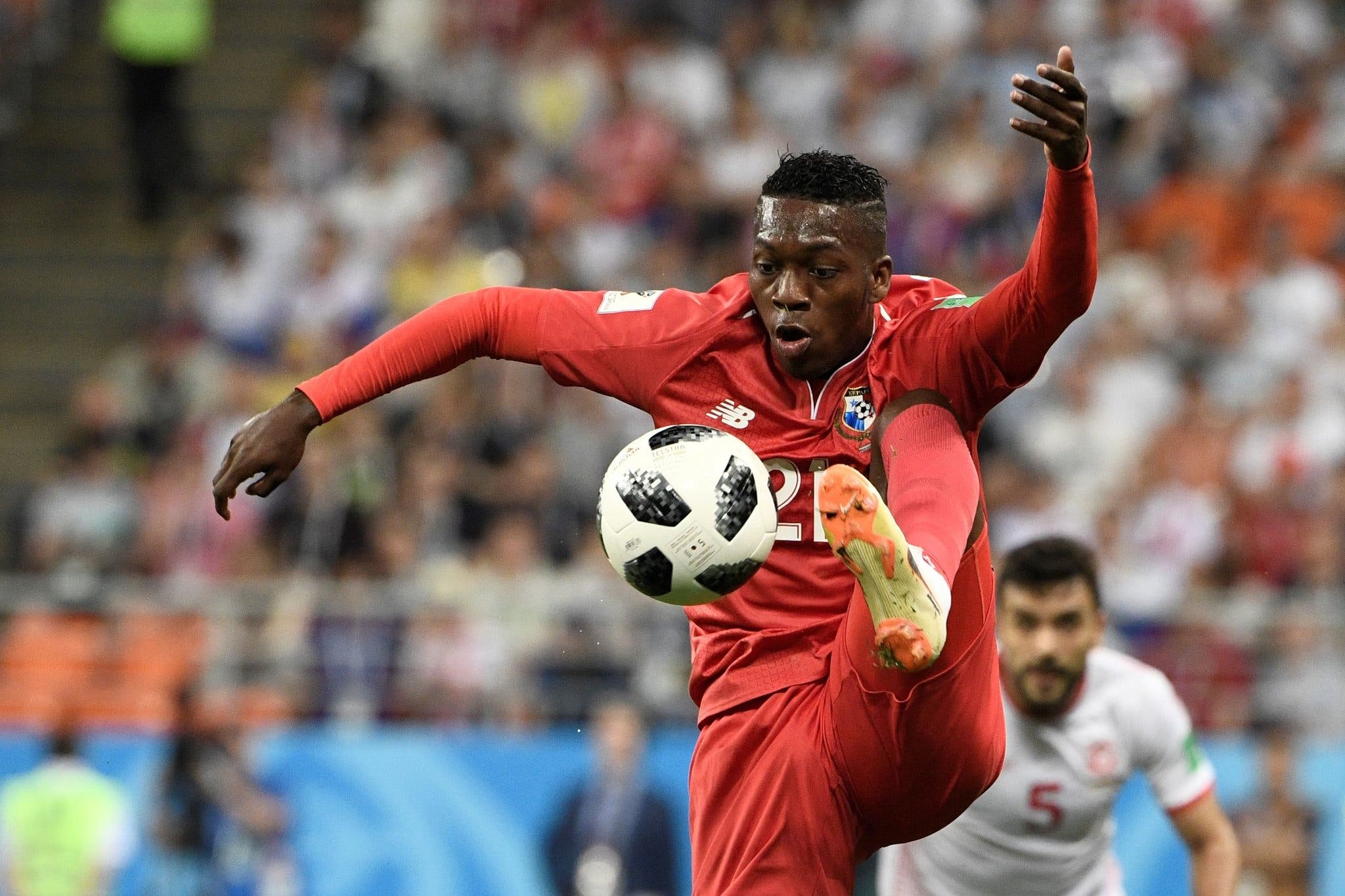 This is kind of how it went for Panama: not feared, maybe not totally respected, but a curiosity in its first appearance in the 88 years of the World Cup.

Still, all around me, almost everybody wore the red jerseys of the Marea Roja, or Red Tide, and loudly sang the national anthem at the start of the game, a particular point of pride for any small country at an international event. They treated this game as if it were the World Cup final, yelling, “Tira!” — Shoot! — at even the faintest prospect of scoring, and groaning loud enough to be heard in Panama City when the ball sailed wide of the net, which was often.

Panama, after all, doesn’t get much to celebrate on the world stage. Yes, there is that canal. And in terms of sports there was Roberto Durán, though I, for one, was teased relentlessly as a child after his “No más” fight against Sugar Ray Leonard in 1980. Mariano Rivera, the famed Yankees closer, is destined for the Hall of Fame, but he left baseball five years ago. 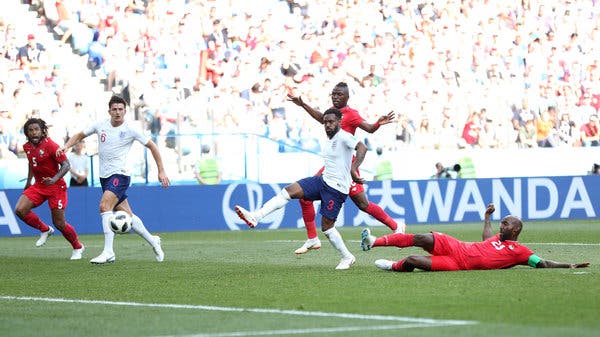 Felipe Baloy scored for Panama, in a 6-1 loss to England on Sunday | Alex Morton/Getty Images

Panama scored only one certifiable goal in the tournament (its one goal in Thursday’s game was credited as a Tunisia own goal), which would have brought shame to the Brazils of the world but was celebrated as a remarkable achievement. It didn’t matter that it came in a 6-1 blowout against England in the second game, which, if I’m honest, was actually a lot worse than the score reflected.

It was shot by Felipe Baloy. He is 37 and has had a long career of club soccer in Brazil, Colombia and Mexico. Panama is one of the oldest teams at the World Cup, stocked with veterans like Baloy, who kept dreaming of simply getting to the tournament, because, you know, it’s just the most-watched sporting event in the world.

So understand the party that broke out here and in Panama with that one goal, that one assertion that, yes, this team belonged.

Panama, of course, went through the rigor of the qualifying process, just like everybody else, and emerged as one of the 32 teams fit to compete. It should go without saying that the United States failed to make it, but I have to say it, because surely American fans are thinking, We would have done better. Maybe that’s true, but you also have to do better in the run-up.

FIFA now plans to expand the tournament to 48 teams, raising the prospect of more minnows like Panama among the sharks.

So be it. If you are going to call it the World Cup, let as much of the world in so that teams like Panama prove themselves in the qualifying tests and might ultimately develop into strong teams, spoilers, eventually even champions. 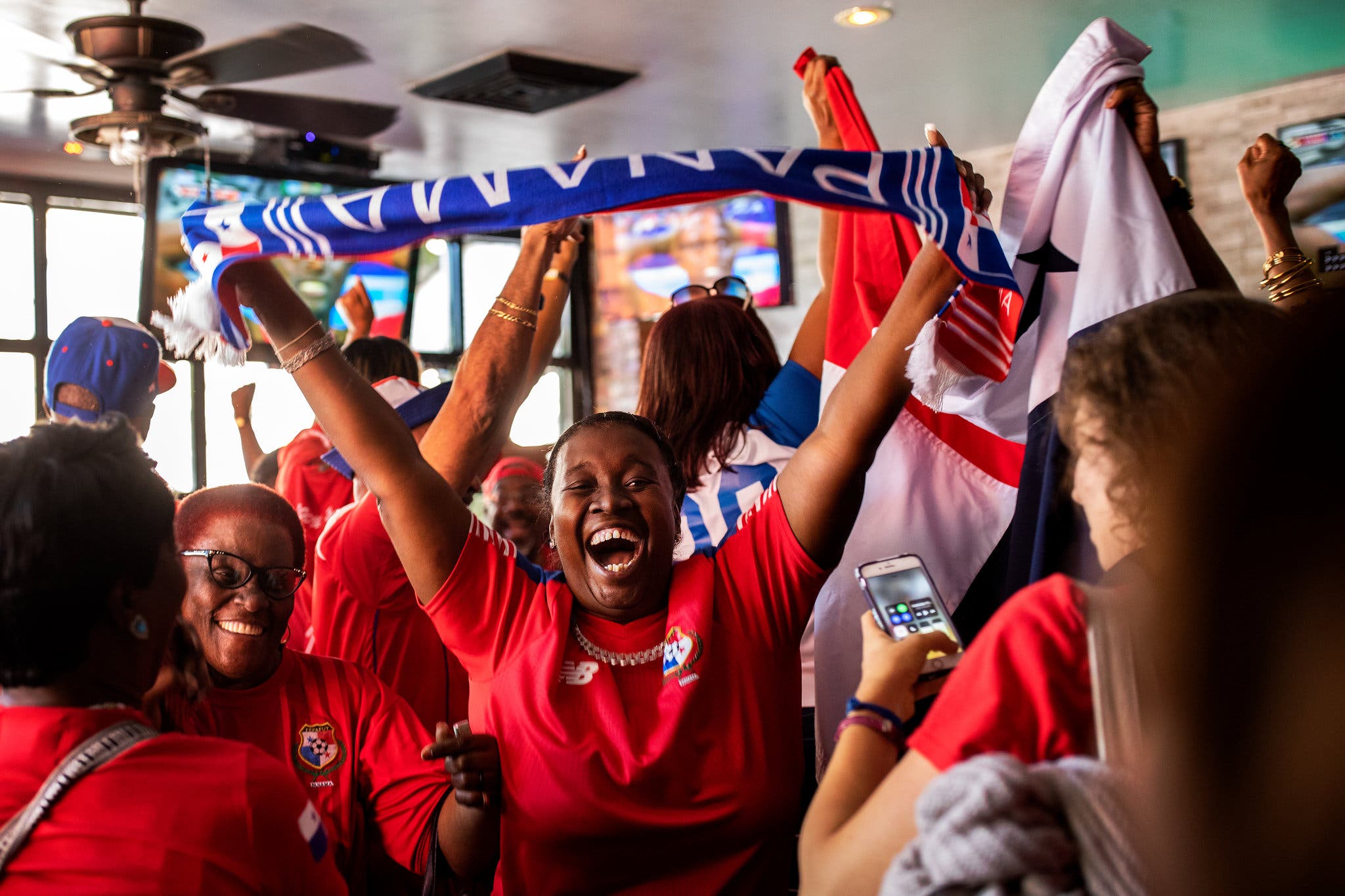 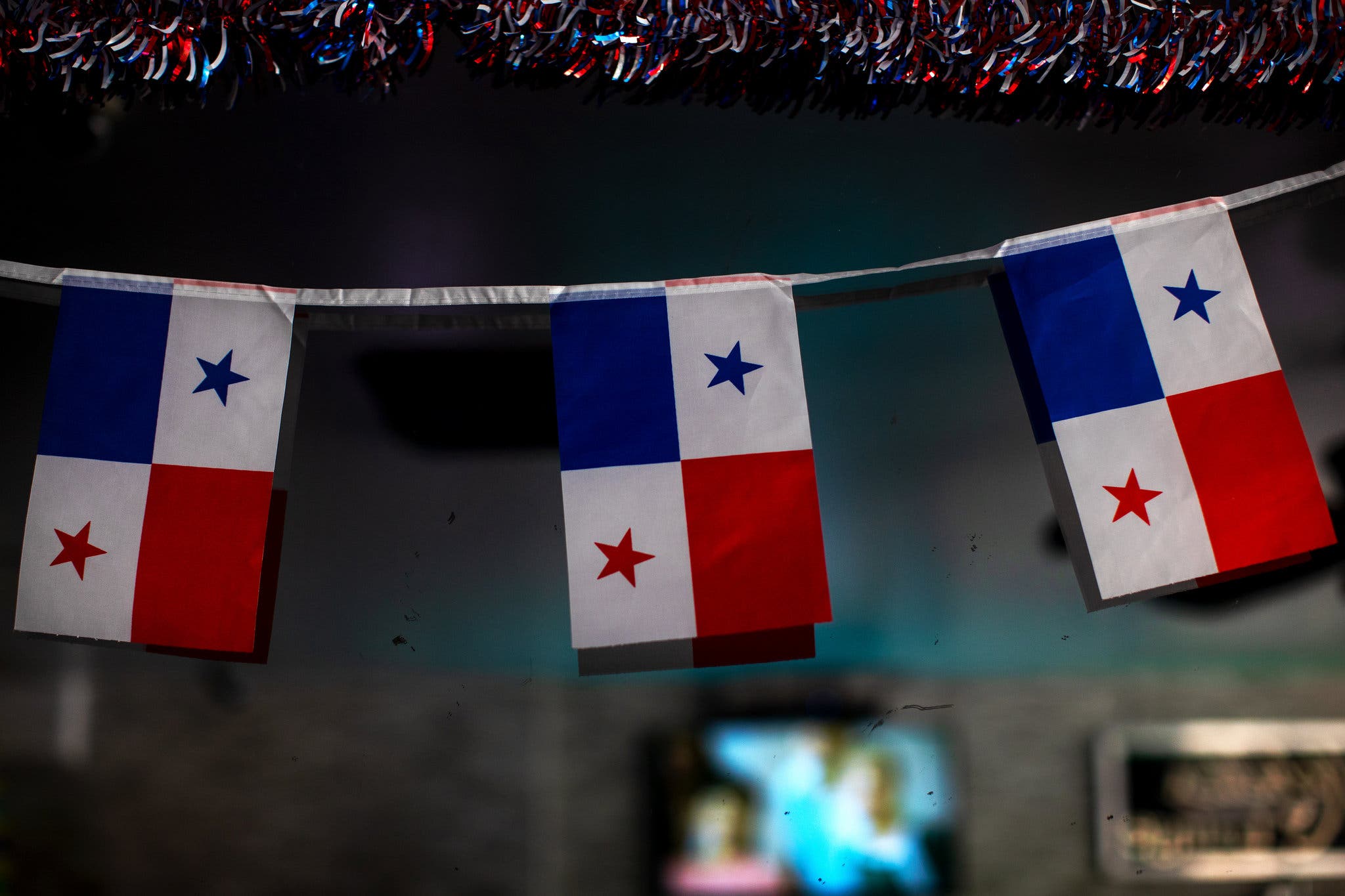 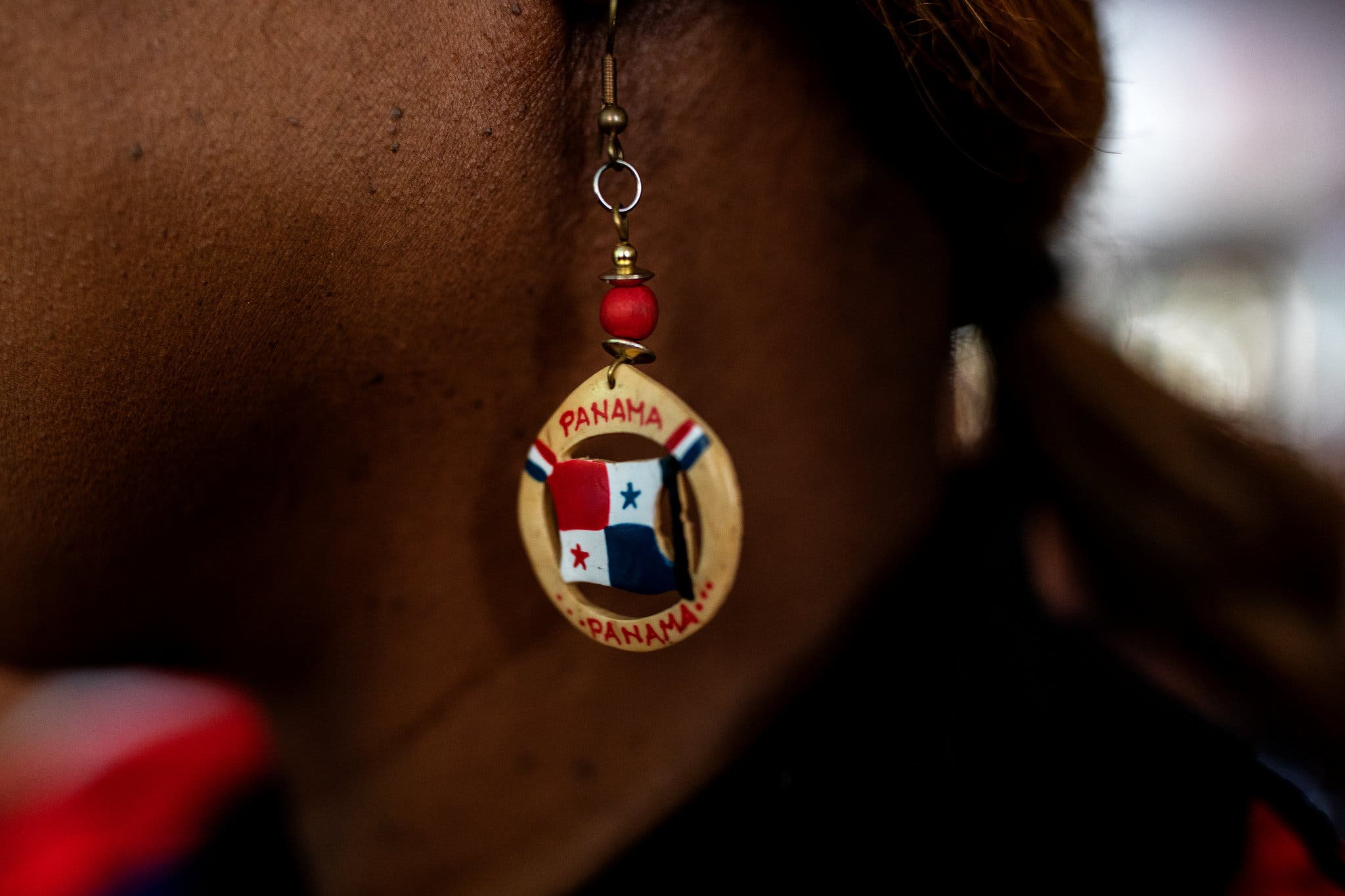 Panama is better known for boxing and baseball, but both sports seem in decline there. There hasn’t been a big Panamanian boxing star in years, and the baseball output to the major leagues has waned, too.

Fútbol is tightening its grip, and there is nothing like a first-time trip to the World Cup to generate the excitement to make it tighter.

That was certainly the sentiment in the crowd around me on Thursday at Michelle’s.

“It’s exciting Panama has gotten this far,” said Sandra Pinder, 64, a retiree who does not closely follow soccer but sat riveted for the entire game. “Hopefully next time they will be even better and succeed with the experience they have now.”

As for me, I’ll keep watching the tournament, and not just because it’s my job. My paternal grandparents were born on the Colombian island of Providencia.