(CNN) – See if you can wrap your mind around this eye-popping price tag for a renovated college football stadium in Texas: half a billion dollars.

That’s right, five years ago Texas A&M expanded and improved Kyle Field to the tune of $485 million. That equals more than half a billion in 2018 dollars.
That’s more money than the gross national product of some small nations.
In fact, many universities in places like Tennessee, Kansas, Arizona and elsewhere are shelling out astronomical funds to build shiny new stadiums, or to make their existing facilities bigger and better.
A lot, if not most, of the money for these multimillion-dollar facilities comes from private donors, but the ultra-high numbers speak volumes about the role of sports in America’s education system.
Sporting events, particularly football, have become cash cows that are critical to the overall economic success of many institutes of higher learning.
Even after adjusting for inflation, experts say the cost of modernizing or replacing aging stadiums is generally pricier than a generation ago.
Design and construction standards are generally higher.
And so are the expectations of 21st century fans.
They expect amenities like club level seats, premium concession areas, video screens throughout the stadium and robust connectivity.
Let’s take a quick look at a few recent, pricey renovations along with some of their best features.

Making history with half a billion bucks 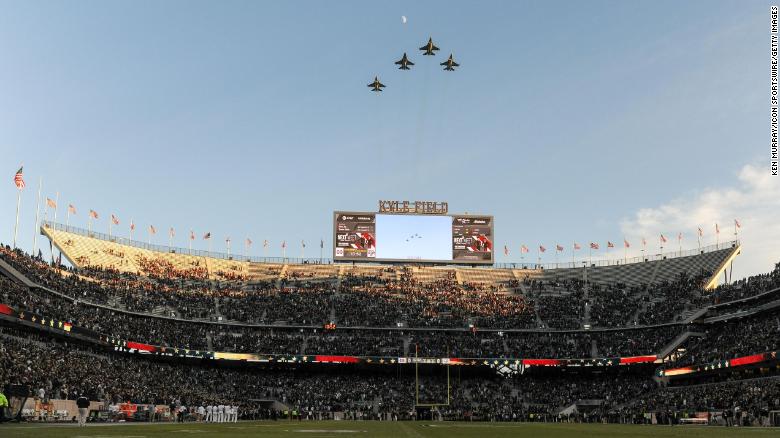 Kyle Field in College Station, Texas
Texas A&M University
Stadium: Kyle Field (opened in 1927)
Location: College Station, Texas
2014-2015 renovation cost: $485 million ($514 million in 2018 dollars)
Capacity: 102,733
What the money bought: The latest renovation of Kyle Field was “one of the largest and most extensive redevelopment projects in the history of collegiate athletics,” according to the Texas A&M website.
That’s not surprising, given the final price: more than half a billion in 2018 dollars.
The project transformed Kyle Field from a horseshoe-shaped facility to one fully surrounded by seats, making it “one of the five largest stadiums in collegiate football.”
It also boasts one of college football’s largest video boards, measuring 47 feet by 163 feet.

For $400 million: No more wooden benches 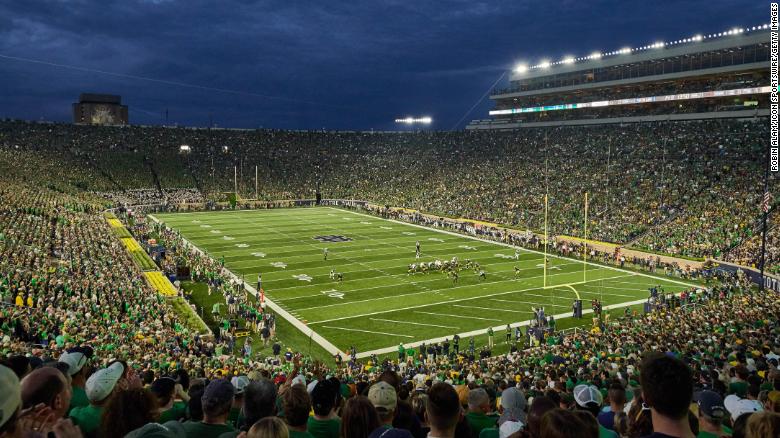 Notre Dame Stadium in South Bend, Indiana
University of Notre Dame
Stadium: Notre Dame Stadium (opened in 1930)
(Renovation included three new academic buildings)
Location: South Bend, Indiana
2014-2017 renovation cost: $400 million ($408 million in 2018 dollars)
Capacity: approximately 78,000
What the money bought: Notre Dame called this renovation and new construction plan thelargest building project in its more than 170-year history. The wooden benches are gone from the stadium known as the “House that Knute Rockne Built.” In their place: vinyl-covered steel benches that are 2 inches wider, the South Bend Tribune reported. A gigantic 96-by-54 foot video screen dominates the south wall. The renovation also included a stronger Wi-Fi and cellular network, according to the school. But seating capacity dropped from nearly 83,000 to fewer than 79,000. Other improvements include new lights, a new press box and new accoutrements on the concourses. 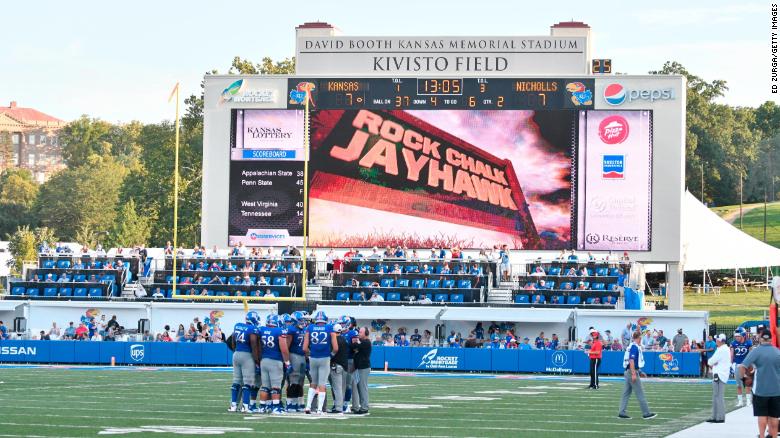 Memorial Stadium in Lawrence, Kansas
University of Kansas
Stadium: David Booth Kansas Memorial Stadium (opened in 1922)
Location: Lawrence, Kansas
2018-2022 renovation cost: $350 million (projected)
(includes new facilities for other sports)
Capacity: 50,071
What the money is expected to buy: A five-year renovation that is planned to begin at the end of the 2018 season is expected to include a new indoor practice facility, new seating decks, a high-definition video scoreboard, new luxury seating, concourses and concession areas, reports kansan.com.

$340 million for the Volunteers 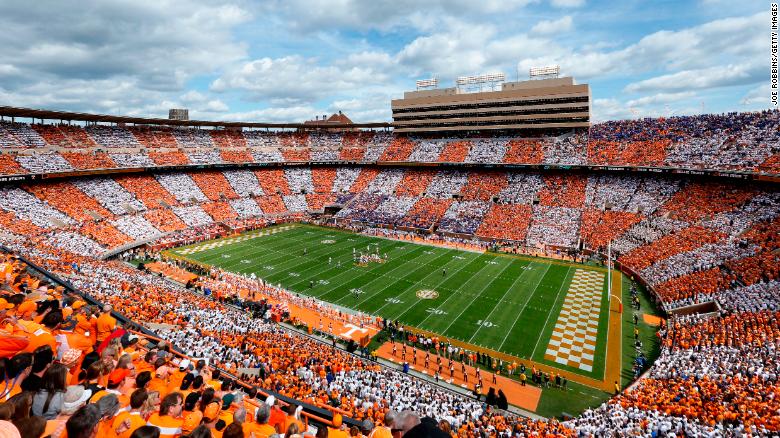 Neyland Stadium in Knoxville, Tennessee
University of Tennessee
Stadium: Neyland Stadium (opened in 1921)
Location: Knoxville, Tennessee
2018-2020 renovation cost: $340 million (projected)
Capacity: above 100,000 (projected)
What the money is expected to buy: The Tennessee Volunteers have big plans for the “fifth largest stadium in the nation.” Phase One — which is just getting under way — is expected to last two years, according to knoxnews.com. New entry towers and gates will be built along with improvements to the stadium exterior. Also in the works are plans to expand the south concourse, including new restrooms and concession stands. 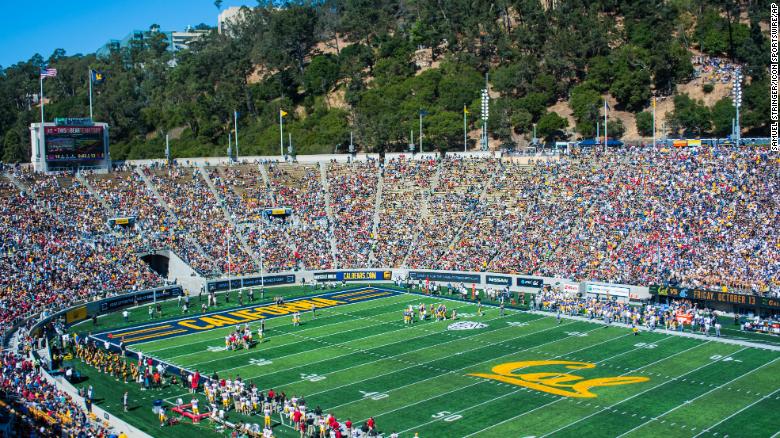 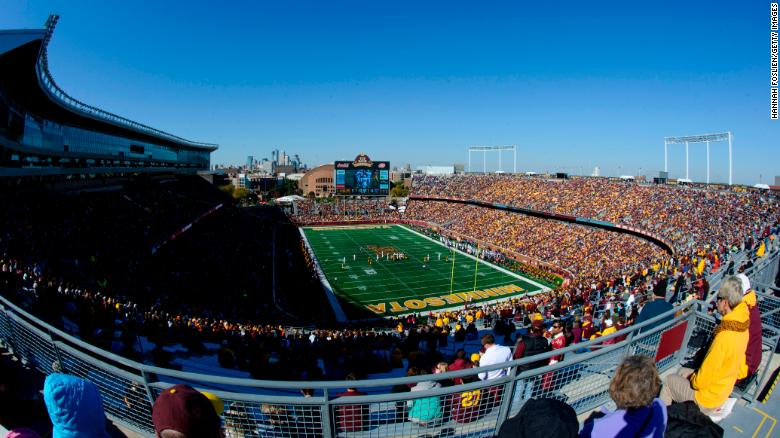 TCF Bank Stadium in Minneapolis, Minnesota
University of Minnesota
Stadium: TCF Bank Stadium (opened in 2009)
Location: Minneapolis, Minnesota
2009 construction cost: $288.5 million ($338 million in 2018 dollars)
Capacity: 50,805 (expandable to 80,000)
What the money bought: Building the newest football stadium in the historic Big Ten Conference allowed Minnesota’s football games to be held at a campus venue, instead of the school’s previous, aging stadium, which was about a mile and a half away in downtown Minneapolis. “If you’re sitting in the last row of TCF Bank Stadium, you still have an amazing view of the Minneapolis skyline. That’s not always the case with the older stadiums,” said the school’s Assistant Athletic Director of Communications Paul Rovnak. “The West Plaza, which is the side that is closest to downtown, is an open space that’s become a natural gathering space for our fans. We have tons of different food and drink options there.”

$307 million for shops and grand staircases 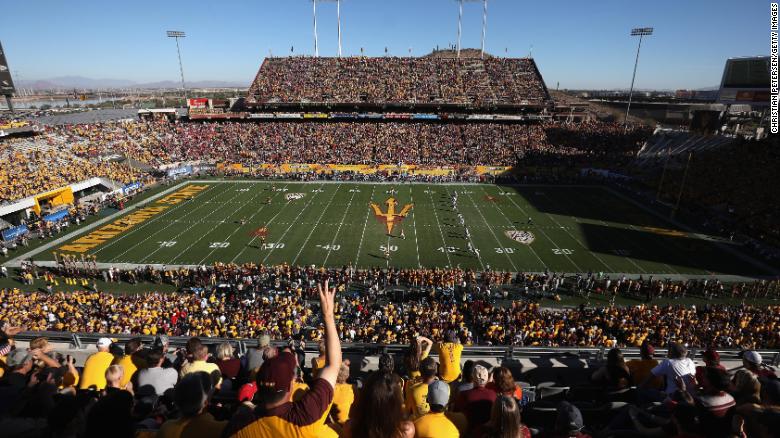 Sun Devil Stadium in Tempe, Arizona
Arizona State University
Stadium: Sun Devil Stadium (opened in 1958)
Location: Tempe, Arizona
2014-2019 renovation cost: $307 million (projected)
(including new student athlete building)
Capacity: 55,000 (projected)
What the money bought: This ongoing renovation is expected to cut capacity by 16,000 seats, azcentral.com reports. The stadium’s south end zone has been rebuilt and new seating has been added to the north and west sides. Parts of the stadium have been rewired for video and audio. Also new: a beer garden, shops, grand staircases and a gigantic video display. A final phase of the renovation is planned for 2019. 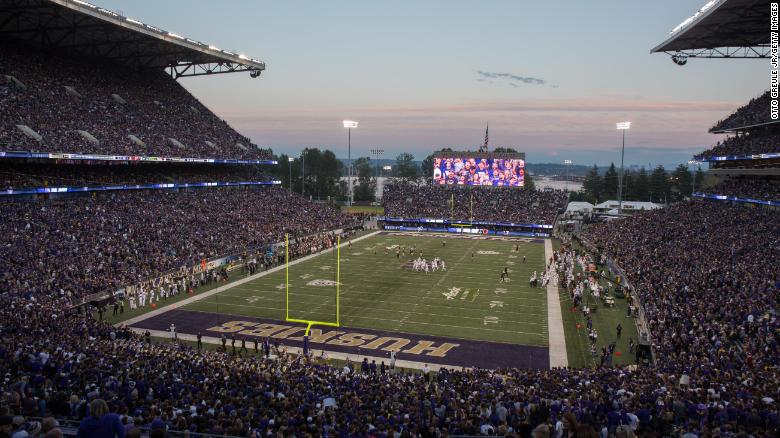 Tailgating changes to ‘sail-gating’ for $266 million 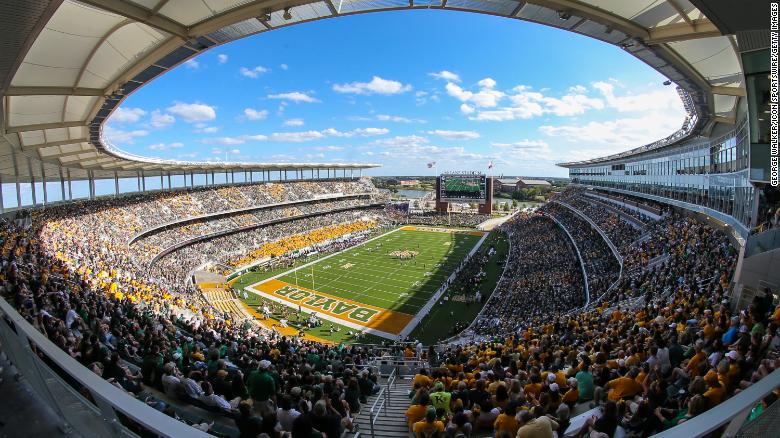 McLane Stadium in Waco, Texas
Baylor University
Stadium: McLane Stadium (opened in 2014)
Location: Waco, Texas
2014 construction cost: $266 million ($282 million in 2018)
Capacity: 45,140
What the money bought: Built on a picturesque spot on the Brazos River, Baylor University’s McLane Stadium encourages tailgaters to be “sail-gaiters.” It also has brought “the football team back to campus for the first time since 1935,” according to Baylor’s website. The old stadium was located a few miles from campus. Other stadium highlights: a 5,000-square-foot video board, a “ribbon” video board that wraps around the stadium and a “state-of the-art sound system.”

University of Michigan
Stadium: Michigan Stadium (opened in 1927)
Location: Ann Arbor, Michigan
2007-2010 renovation: $226 million ($258 million in 2018 dollars)
Capacity: 107,601
What the money bought: “The Big House” — which bills itself as the largest college football stadium in the United States — got a major makeover nearly a decade ago. More than 83 luxury suites and 3,000 club seats were added on the east and west sides of the stadium. The renovation also brought wider aisles, wider seats, more handrails, a new press box, more restrooms and concession stands. 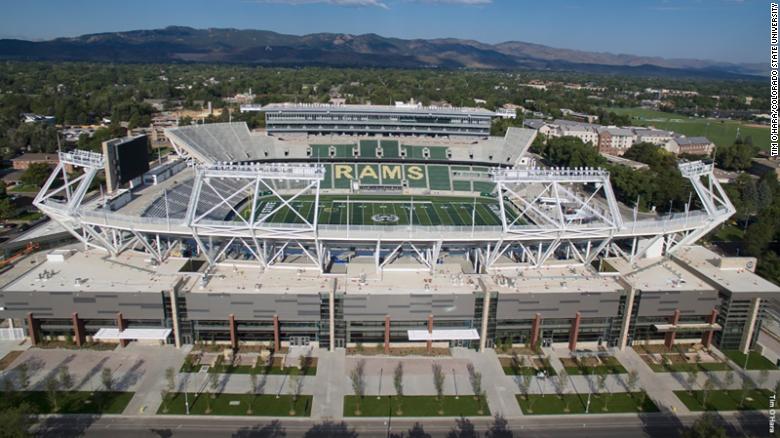