On October 7, the Edmonton Oilers hockey team checked in at the Ritz-Carlton in downtown Boston, a Marriott hotel. As they got off the bus, the team was greeted by a group of hotel workers on strike, members of Local 26 of the Hospital and Food Servers Union. 7,700 Marriott workers are out in six cities across the USA: San Diego, Detroit, San Francisco, San Jose, and Boston. They are demanding the richest hotel company in the world recognize them.

In the 2016/17 season, the wealthy Oilers franchise spent $74 million U.S. dollars in player payroll. In July 2017 star player Connor McDavid, 20, was signed to an eight-year $100 million contract extension with an average annual value of $12.5 million (U.S.). In contrast, the main slogan of the striking workers is One Job Should be Enough to create jobs that allow them to pay the bills, raise a family, and retire with dignity. 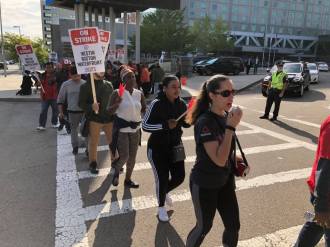 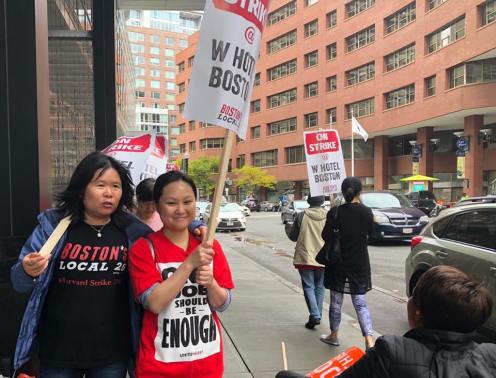