Bayern Munich chairman Karl-Heinz Rummenigge has apparently discovered who is to blame for the recent surge in prices on the football transfer market. “If prices are inflated then the fault lies with Manchester City and Paris Saint-Germain,” he told German magazine Merkur.

Rummenigge added that he would never invest that amount of money into a player of Ronaldo’s age, but admitted that Juventus made a point with this move as “Italian football has lost ground in recent years.”

According to him, Bayern’s philosophy is akin to that of Real Madrid, which has picked up four Champions League titles in the last five years with a relatively moderate transfer policy.

It appears, however, that transfer fees skyrocketed long before PSG and Manchester City started splashing their cash over Europe, as the world record transfer record has been broken 15 times since 1992. 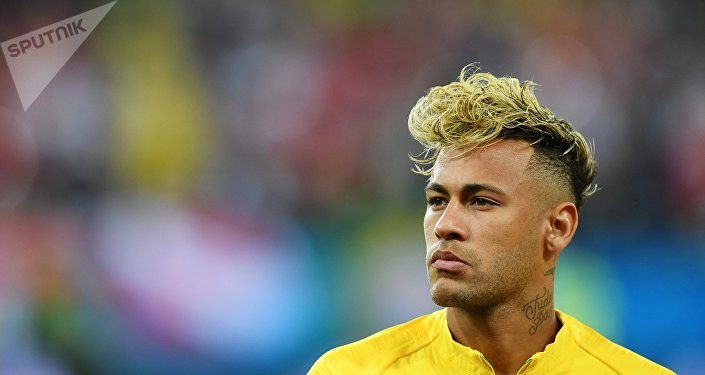 That year has become a sort of a watershed for football since three footballers were crowned the most expensive in the world within just two months: after Jean-Pierre Papin moved from Marseilles to AC Milan for a then-record of €11 million, Juventus responded with a €13m capture of Sampdoria striker Gianluca Vialli; then AC Milan dished out over €14m to sign winger Gianluigi Lentini from Torino.

Today, the world’s most valuable player is Brazil star Neymar, who joined PSG last summer for a whopping €222 million, beating the previous record, Paul Pogba’s move to Manchester United, by over €110 million.

Transfer spending in football is expected to continue to escalate, with growing broadcasting rights and armies of fans boosting the football economy.

The record Serie A transfer was made by Juventus as they seek to win the Champions League after reaching the final but failing to clinch the title on a number of occasions in recent years.

S.S.C Napoli President Aurelio De Laurentiis has warned that Juventus’ acquisition of Portuguese star Cristiano Ronaldo for such a large transfer fee and salary commitment is a very risky move given his age, Goal.com reported on Monday.

“Spending so much money to buy only one player at the end of his career is very dangerous. Let’s remember that Cristiano Ronaldo is of a certain age and in terms of the club’s balancing of accounts his signing is a risky move,” President De Laurentiis said.

“The signing of Ronaldo is out of any standard. If you start to pay such absurd and out-of-the-ordinary salaries, sooner or later this turns against you.”

Juventus paid Real Madrid almost $140 million for the striker, who turned 33 earlier this year, and will pay him in excess of $130 million as part of his four-year contract with the Italian side.

Napoli and Juventus have long been rivals as they often end up competing with one another to clinch the Serie A title. Juventus’ acquisition of Gonzalo Higuain from Napoli a few years ago further intensified their rivalry, with the player booed by Napoli fans whenever the two sides meet.

Although the transfer fee paid for Ronaldo is unprecedented in Italy’s Serie A tournament, the move could pay off, as although the striker is arguably past his prime, he remains more than capable of scoring goals and making a difference in other areas of the pitch, as he demonstrated during the 2018 World Cup, especially in Portugal’s opening match against Spain.

Furthermore, Ronaldo’s ability to promote Juventus and draw in revenue shouldn’t be underestimated – orders for his Juventus jersey are already in the millions of euros and his on-the-pitch performance should boost the club’s tournament rankings, bringing in more prize money.