A second Indigenous player who is scheduled to participate in the upcoming State of Origin series – an annual rugby league series – has spoken out against the composition of the country’s national anthem.

Josh Addo-Carr told the Sydney Morning Herald Wednesday that “the anthem doesn’t represent us as Indigenous people… We have to change it” and vows to remain silent when the Advance Australia Fair is played during the series.

The new wave of boycott was first noted when fellow NSW Blues player, Cody Walker, criticized the lack of Indigenous representation from the song Tuesday and announced that he would hold a silent protest whenever the anthem plays.

“I’m not pushing my views on anyone, it’s just how me and my family have grown up and how I feel. I’ve already voiced my opinion, and I want to reiterate it’s just my opinion,” Walker stated.

“Australians all let us rejoice? Yeah, nah.” says @LatimoreJack
Here’s why we need to stand with NRL legend Cody Walker.http://bit.ly/2JLobl3

There are several things patently wrong with Australia’s national anthem. Firstly setting aside the mistaken presumption that it is compulsory to stand and sing it, the lyric “we are young and free”…

However, Australia’s first Aboriginal Minister for Indigenous Affairs Ken Wyatt says changing the anthem is not something he supports at this stage.

“I think that’s a debate for the country in general. I want to focus on more important, pragmatic things like Indigenous suicide rates. It’s like going into a military battle but picking the right points that are pivotal to affecting flow-on changes elsewhere.”

In February, both Addo-Carr and Walker joined forces with teammates and remained silent during the anthem while playing for the Indigenous All Stars team.

“We are Australians too. Indigenous people were the first people here, on the land,” Addo-Carr said Wednesday. “I am a proud Australian man but a proud Indigenous man, too. If it’s not going to stand for my people, why should I sing it?” 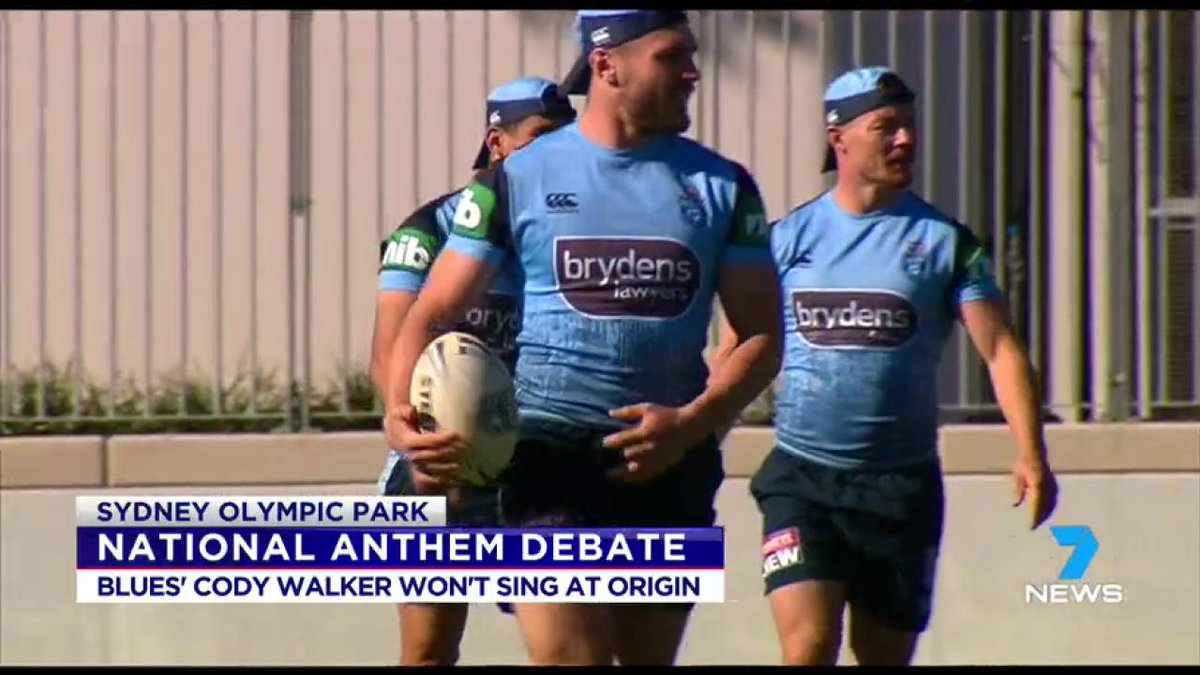 A second @NSWRL star has declared he will not sing the national anthem ahead of State of Origin Game I next Wednesday night. https://7news.link/L8CHGz  @Mel_Mclaughlin #7NEWS

Addo-Carr highlighted that the anthem should be changed to recognize Indigenous people.

“How hard can it be? …Why can’t we recognize the Indigenous people of Australia?”

“It says ‘Advance Australia Fair’ and when it was originally written it meant advance Australia for white skin people,” Nielsen told SBS News. “And when it says ‘we are young’ it means that it ignores the Indigenous Australians who were here before the English for over 50,000 years.”

RELATED ON THIS BLOG