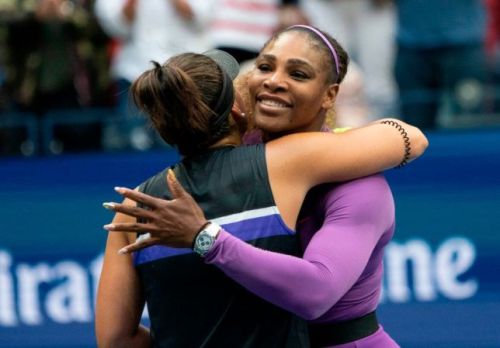 With a 6-3, 7-5 victory, Andreescu, a 19-year-old Canadian, captured her first Grand Slam title at Flushing Meadows and denied Serena Williams her 24th. Her victory gave Canada its first Grand Slam singles title in a sport where Grand Slam tournament play began with Wimbledon in 1877.

In the raucous tournament she rode a wave of hostility, as the New York crowd applauded any of her unforced errors or missed shots. The boorishness was such that even the umpire had to caution the crowd, “please.” The chauvinist pressure of the massive crowd forced both Andrescu and Daniil Medvedev, the 23-year-old Russian finalist in the men’s side, to apologize.

Williams is arguably the greatest player of this era. She came out of the starting blocks on Saturday as if she was intent on overwhelming Andreescu with her serve and baseline punch. However, the Canadian youth showed an ability to hit deep, penetrating returns off many of Williams’s serves and took the lead early in the first set. She matched Williams’s power and intensity, returning aggressively and breaking her in the opening game as Williams double faulted twice in a row.

“That was part of the whole plan, just to make a lot of returns so she could feel I’m not intimidated by her serve,” Andreescu said.

Andreescu came up with well-placed serves and groundstroke winners on key points in her own service games and gradually built a 6-3, 5-1 lead and served for the match.

“The game plan right from the start was to make her work for every ball, to get as many returns in the court as possible,” Andreescu said. “I think she was intimidated by it.”

Williams began to force the issue and overhit. She ended up making too many unforced errors (33 in all), a tournament-high eight double faults and a tournament-low 44 per cent of her first serves into play, which was partly a credit to Andreescu’s pressure. That was by far her lowest percentage at this Open. Williams’s season average is 60 per cent. She double-faulted on break points three times to lose her serve.

Williams often showed her frustration instead of staying focused and made the sort of off-balance errors with her groundstrokes that have long been a reflection of inner tension.

With the crowd a factor again, Williams reeled off the next three games and rallied to get to 5-5 – four straight – before Andreescu steadied herself to hold to 6-5. She then broke Williams’s serve for the sixth time in the match, closing out the victory with a forehand return winner of her own. Again Williams seemed both tight and slow to react in the final two games of the match as Andreescu fought back to become the first Canadian to win a Grand Slam singles title.

For some reason, this psychology, this notion that the Canadians – indeed everyone – have to apologize for beating Americans or that it is even a Canadian trait is very widespread. She told ESPN in an interview broadcast to the stadium that her biggest problem was the jeering from the crowd. “I know you guys wanted Serena to win, so I’m so sorry,” Andreescu said to the crowd after the match, as she picked up a cheque for $3.85 million US. “Obviously it was expected for Serena to fight back. She’s done that so many times in the past. That’s why she’s a true champion on and off the court, but I just tried my best to block everything out.”

In the men’s finals on Sunday, Rafael Nadal of Spain survived a heroic fightback by Daniil Medvedev of Russia to claim an epic 7-5 6-3 5-7 4-6 6-4 win and a fourth U.S. Open title. Medvedev was also undeterred by a wave of hostility throughout the tournament from the American spectators.

In a match already being described as one of the greatest U.S. Open finals of all time, Nadal raced into a two-set lead, only for Medvedev to come storming back into the match to take the contest into a deciding fifth set.

Eventually, it was Nadal’s big-game experience and nerveless composure in the deciding set that proved vital as he edged out his younger opponent and secured victory after almost five hours of play at the Arthur Ashe Stadium.

Daniil Medvedev completed a  journey as remarkable as that of Bianca Andreescu. When it came to his ability to go all the way in one of the Grand Slams, the doubts were still there in the eyes of the pundits after a first-round exit at Roland Garros and a third-round defeat at Wimbledon. Then he proved he belonged at tennis’ top table as he defeated Novak Djokovic, then David Goffin, to win the Cincinnati Masters as he surged into the US Open on a tidal wave of form and confidence.

Medvedev surged into the final after winning 20 of his last 22 matches across four tournaments, a run of form that even Medvedev himself struggled to keep up with. However, his run at Flushing Meadows was far from plain sailing, as he has battled his opponents, injury and also, at times, the New York crowd.

The chauvinist pressure of the American crowd also forced Medvedev to apologize. In his third-round win over Feliciano Lopez, he defiantly wound up the crowd that had jeered him earlier in the match, telling them “I won because of you!” But after he defeated Stan Wawrinka in the quarter-finals, Medvedev appeared to turn over a new leaf, addressing the crowd and telling them: “I have to say sorry, guys. And thank you.”

Medvedev was Russia’s first men’s Grand Slam finalist since 2005. In the end the 23-year-old turned the jeers into cheers and applause. The ovation that greeted his break back to level things up in the third set of Sunday night’s final, which he won 7-5 after dropping the first two, proved that he had made the switch from “heel” to “babyface”, as the fickle crowd now willed him to get back into the match and push Nadal to extra sets. Read more about Nadal’s marathon win and watch highlights here.

With files from The New York Times, RT