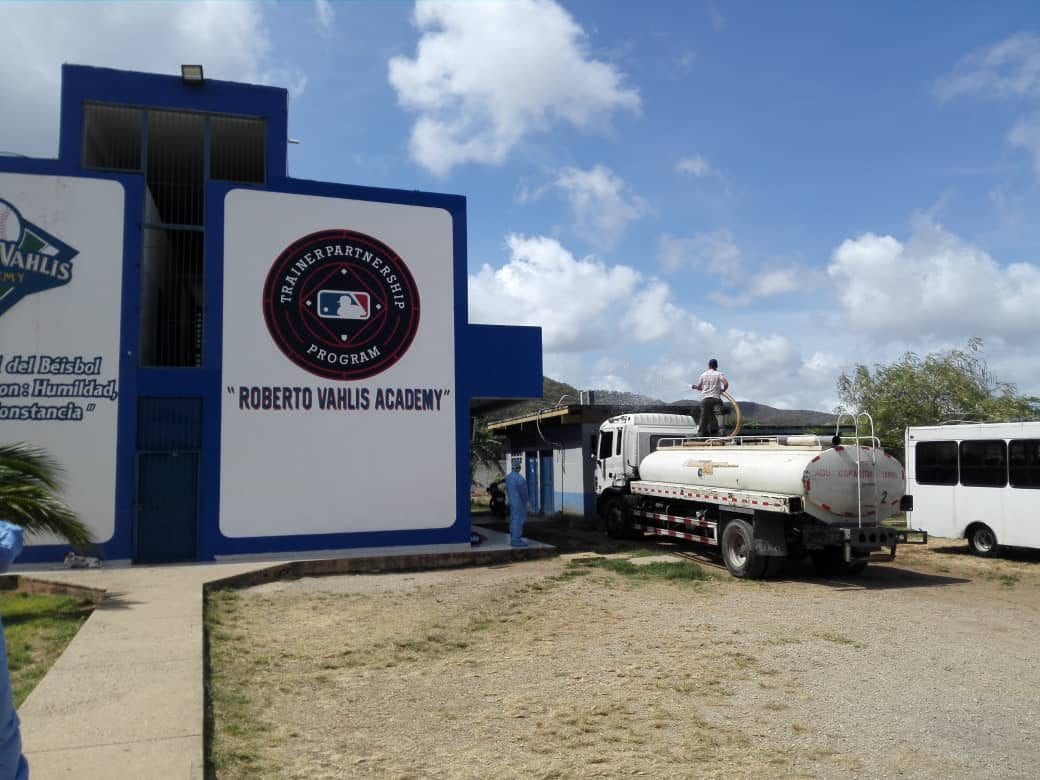 (April 20) – According to Communications Minister Jorge Rodriguez on April 17, a COVID-19 hotspot broke out at the Roberto Vahlis youth baseball academy on Margarita Island, Nueva Esparta State [north east Venezuela], which, together with a nearby coastguard center, has seen 62 cases so far.

While Venezuela continues to record significantly less coronavirus cases than other Latin American countries, it did report a sharp increase from 204 on April 17 to 285 cases on April 20, with ten fatalities.

Rodriguez explained that the probable origin of the hotspot was the arrival of three academy directors, as well as a Major League Baseball (MLB) scout, from the Dominican Republic on March 13, days before international flights were suspended.

Sporting activities with over 60 people at the academy, allegedly authorised by the local right wing governor, have illegally continued since a national lockdown was declared on March 17. Speaking Sunday, President Nicolas Maduro urged local authorities of all political parties to adhere to the quarantine with “efficiency” and “responsibility.”

Five academy directors were taken into custody on Saturday for breaking the quarantine and are due to be charged under the Law for the Protection of Children.

Following the localized outbreak, President Maduro has applied a 4 pm to 10 am curfew on the entire island, as well as on Acevedo Municipality in Miranda State, where one of the young baseball players from Margarita travelled to to celebrate a MLB contract with family and friends. Targeted municipal curfews were also introduced in western border regions last week as authorities deal with the arrival of thousands of Venezuelan migrants.