Sports without fans (dollars) in the stands 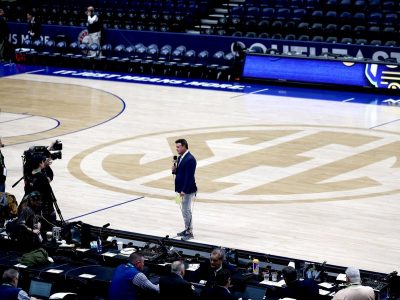 MLB, the NBA, NFL, NHL, and NCAA tout the surreal idea of playing in empty stadiums.

The roar of the crowd for home teams is part of the game.

I don’t follow sports like I did long ago after my dad introduced me to MLB in 1945 — before WW II ended and many stars in the military returned to the game like Red Sox great Ted Williams, a fighter pilot during the war.

Half the fun of the game was cheering for the home team at Boston’s Fenway Park’s packed ballpark with other fans.

Without the roar of the crowd, games would be sterile, no interaction between players and fans that’s part of the game, no atmosphere the way games are supposed to be played, no authenticity, no fun fans in the stands enjoy, what I introduced my children to long ago.

At a time of highly infectious COVID-19 outbreaks, stadiums filled with fans would be petri dishes for spreading them more widely.

Filled stadiums account for a large percentage of team revenues, especially for MLB and the NBA with lengthy regular seasons and playoffs.

A reported MLB document titled “Economics of Playing Without Fans in Attendance” for half the 2020 season, beginning around July 4, would result in $4 billion of lost revenue.

These teams most often play to sellout crowds, not the case for many other teams.

On May 4, an ESPN reported Coronavirus Lockdown Fan Study conducted from April 17 – 20 showed around two-thirds of respondents favor resumption of sports even with no fans in the stands.

SI downplayed the idea isolating players in a bubble in one or a few venues, saying:

“It all sounds great, until you talk to people who actually know science,” adding:

Most ideas are “the same: The players live in quarantine, shuttling from the hotel to the stadium, for the duration of the season(s). They undergo daily COVID-19 tests.”

What sounds reasonable on paper may not work in reality.

“We will not have sporting events with fans until we have a vaccine.”

Chances of developing a safe and effective one is highly unlikely to impossible without some sort of scientific breakthroughs never before achieved, none in prospect.

In February, a soccer match in Bergamo, Italy resulted in widespread COVID-19 outbreaks in the city.

What about resumption of sports in empty stadiums? According to Binney, the idea sounds good in theory.

“(I)t’s a lot harder to pull off in practice than most people appreciate.”

Players, coaches, trainers, the media, referees, and others entering stadiums would have to be initially tested and quarantined for two weeks to assure they’re virus free.

Thereafter, they’d have to be tested daily. When not playing games, they’d be quarantined in hotels or other accommodations — their food and whatever else they need brought to them.

The same goes for hotel and stadium employees. Along with players, they’d be away from families and friends under virtual house arrest.

It’s one thing for highly paid players putting up with these conditions, quite another for workers and most reporters, their pay a small fraction of what professional athletes make.

Would they put up with onerous conditions even with extra pay? Perhaps some would. Many others most likely would not.

Despite regular testing, if some players or others in contact with them become infected, it could spread to many others, especially in teams engaged in close contact football, basketball, and hockey.

Any player suffering an injury that requires outside medical treatment would have to self-quarantine for two weeks before returning to their team.

Another consideration is the value of league championships with an asterik under above conditions. They won’t likely be the same for players or fans.

If an emergency arises at home for players, requiring their return, they’d be self-quarantined again for 14 days before allowed to play.

MLB baseball with minimal contact would have the best chance of operating under the above conditions.

All players on all teams of all sports returning to action would have to agree to live under house arrest throughout their seasons — perhaps in 2021 as well.

Everything explained above working as planned would be a long shot at best.

Anyone becoming infected by COVID-19 with close contact to players could unravel the best laid plans — especially because sports seasons are months long and perfection isn’t a human attribute.

According to SI, even if this never before tried experiment begins, “we almost certainly can’t finish it.”

What can go wrong most likely will. Former Centers for Medicare and Medicaid administrator Andy Slavitt tweeted:

“I’m as big a sports fan as anybody, but this is reckless. Leagues need to follow the science & do the right thing.”

According to SI, “(t)hey know how farfetched their ideas are. So do the players’ unions.”

“They continue to explore options because they would be remiss not to. But fans should understand how unlikely this all is.”

Even if tried that may happen, chances of failure are huge.

Award-winning author Stephen Lendman lives in Chicago. He can be reached at lendmanstephen@sbcglobal.net. He is a Research Associate of the Centre for Research on Globalization (CRG)

His new book as editor and contributor is titled “Flashpoint in Ukraine: US Drive for Hegemony Risks WW III.”

Visit his blog site at sjlendman.blogspot.com.