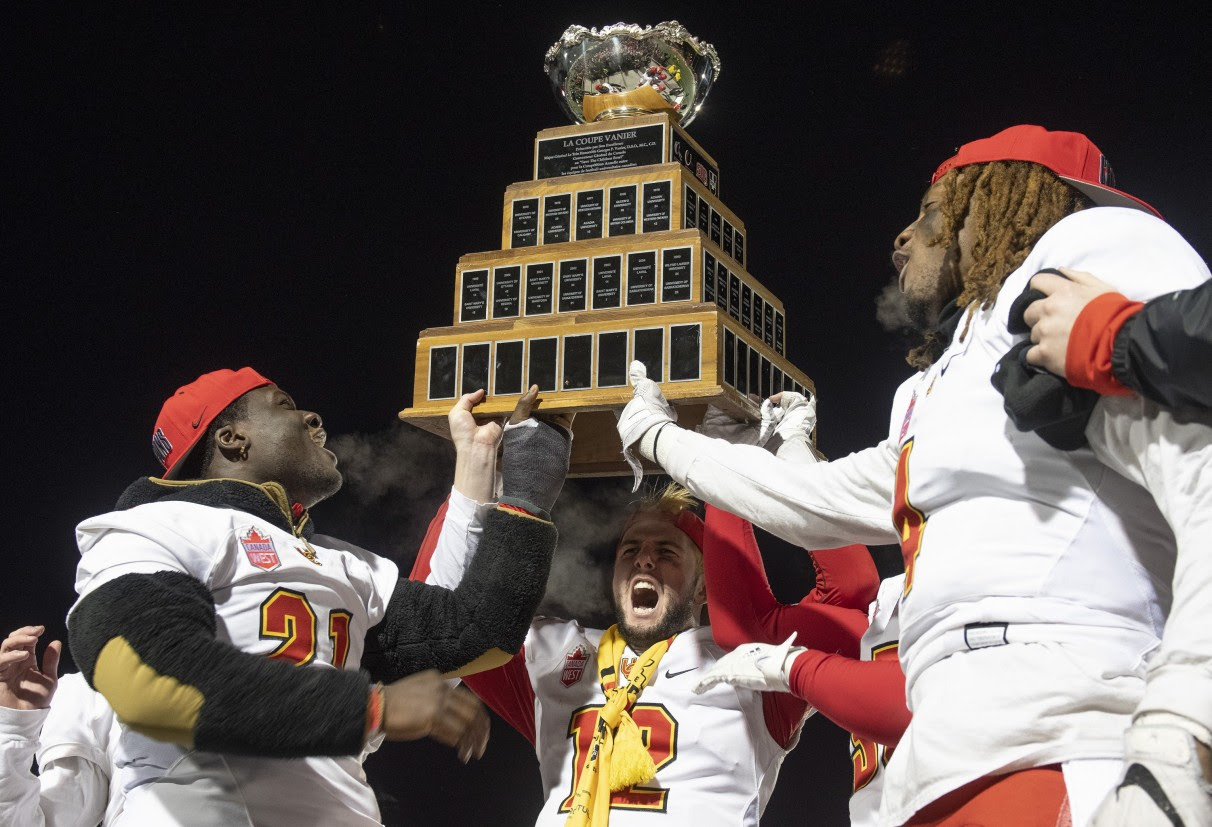 U Sports, the national governing body for interuniversity athletics, announced today that it’s cancelling this year’s fall championships because of the pandemic. The most prominent event lost is football’s Vanier Cup, which has been around since 1965. The other sports affected are men’s and women’s soccer, men’s and women’s cross-country running, women’s rugby and women’s field hockey.The four regional conferences were allowed to decide what to do with their regular seasons and playoffs, and three have already made sweeping cancellations. The Ontario and Atlantic conferences both cancelled all their sports until January. The Canada West conference, which includes schools in B.C., Alberta, Saskatchewan and Manitoba, called off all of its fall team sports and said that a decision on fall individual sports (golf, cross country and swimming) will be made in the next month or so. Canada West also said that sports which normally overlap the fall and winter semesters (hockey, basketball, volleyball) would not start until at least Jan. 1, and a decision on whether to go ahead with those seasons will be made by early October. That leaves just the Quebec conference, which is still deciding what to do. In addition, the Ontario Colleges Athletic Association suspended its inter-school sports for the fall semester.

U Sports’ winter national championships, which include hockey and basketball, remain intact for now. But there’s still a chance they could be cancelled later, and the conferences could also decide to shorten their winter seasons. Back in March, the U Sports men’s and women’s basketball Final Eight tournaments were completed just before the pandemic hit, but the hockey tournaments had to be abandoned shortly after they started. Read more about the cancellation of U Sports’ fall championships and what it means for student-athletes in this story by CBC Sports’ Devin Heroux.