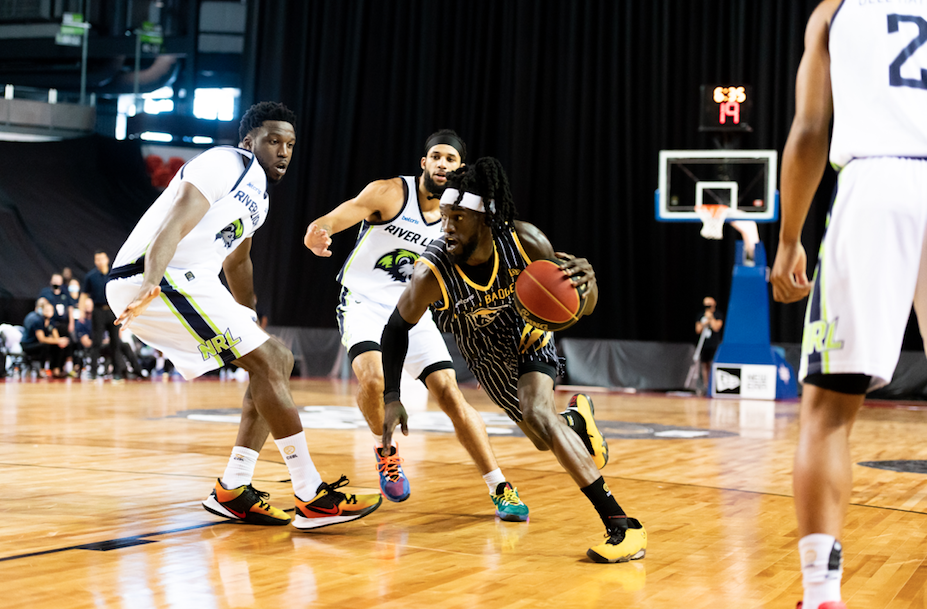 Hamilton Honey Badgers clawed past Niagara River Lions in the quarterfinals of the CEBL Summer Series on August 6, scraping their way to an 85-83 victory.

The highest-stakes games in basketball right now are in the Canadian Elite Basketball League, which is heading into its championship weekend. In last night’s quarter-finals, the Hamilton Honey Badgers clipped the Niagara River Lions 85-83, and the Ottawa Blackjacks beat the Guelph Nighthawks 83-75. Read more about those games and watch highlights here.The CEBL Summer Series tipped off July 25 in St. Catherines for a 26-game competition involving the league’s seven teams that ends August 9 with the CEBL Championship game. It was the first live professional sports action in Canada since the COVID-19 outbreak in March, a dubious honour.

Saturday’s semifinal matchups are Hamilton vs. the Fraser Valley Bandits at 1:30 p.m. ET, and Ottawa vs. the top-seeded Edmonton Stingers at 3:50 p.m. ET. The winners play for the title Sunday at noon ET.

All three games will be broadcast live on the CBC TV network. They’ll also be streamed live here, on the CBC Sports app and on the CBC Gem streaming service.

Unlike the Toronto Raptors which cynically markets itself as “Canada’s team” but has never drafted a Canadian in 25 years, the CEBL which launched in 2019 is actually composed of Canadian teams dedicated to fielding Canadian players.

It states that it is over fifty per cent Canadian, with players from the U Sports and NCAA as well as Canadians playing in leagues across Europe taking part. Canadian youth can start their professional journey, as well as the many Canadians already playing professionally can play close to family and friends over the course of the summer. The league normally runs from May to September and thus does not conflict with any college seasons or professional leagues overseas. This is its second year and CBC Sports is live streaming its games.

According to CBC, “If you’re just jumping into the CEBL now, you’ll notice an interesting twist late in games: the Elam Ending. At the first stoppage in play with four minutes or less remaining in the final quarter, the game clock is turned off and the teams play to a target score. That number is determined by adding nine points to the leading team’s total. For example, say the ball goes out of bounds with 3:57 left and Fraser Valley leading Hamilton 80-75. The teams now play to 89. So Fraser Valley needs nine points to win the game, while Hamilton needs 14. The beauty of this system is that every game ends with someone sinking a basket — either from the floor or the free-throw line. There’s no running out the clock by the leading team, and no intentionally fouling to get the ball back by the trailing team.

“The Elam Ending has been a hit, and the CEBL has pulled off this tournament after it looked like its second season might be cancelled altogether due to the pandemic. Commissioner Mike Morreale, the ex-Tiger Cat football player, opines on the “roller-coaster” ride in this piece by CBC Sports’ Devin Heroux.”

The CEBL plays under full FIBA rules (the global basketball governing body), rather than NBA-based or hybrid rules; training and development of referees is through Canada Basketball programs and CEBL games; Canadian player content is mandatory; plus a U Sports draft; coaching certification is offered through Canada Basketball with CEBL officials then contributing back to the instruction process; and the CEBL frees up players for national team training and international games during its season.

With files from CBC Sports and CEBL