(July 9) – Lightweight footwear under one hundred grams; swimsuits designed by experts in hydrodynamics that “cut” through the water with maximum efficiency; sensors placed in different accessories that calculate heart rate and provide other real time information; rackets that reduce vibration transfer resulting from the impact of the ball…  END_OF_DOCUMENT_TOKEN_TO_BE_REPLACED

ABC News (Feb 23, 2018)  – When Yahoo! Sports published documents from the FBI’s investigation into corruption in college basketball, it showed that players from more than 20 of the nation’s top programs were implicated in possibly breaking NCAA rules. It’s a complicated case with a lot of layers, so here is a breakdown of the key teams, players and others who have been involved since the charges were first unveiled in September: END_OF_DOCUMENT_TOKEN_TO_BE_REPLACED

As the 2018 edition of “March Madness,” the premier, billion-dollar US college basketball tournament comes to a close on April 2 in San Antonio, Texas, what’s rarely mentioned in the ballyhoo is the latest US college basketball scandal. The media blackout can be contrasted to the hysteria over Russian Olympic athletes, although both cases allegedly involved organized cheating. Further, one of the targets of the US investigation is the German Adidas sportswear monopoly while not a word is breathed about its competitors such as Nike, etc. It is a typical case in which the real perpetrators, who are the people at the top of the corporate university organized in the NCAA, a sports cartel, are cast as the victims who have been taken advantage of. And the actual victims, who are the young high school and college athletes at the very bottom of the system, are cast as the perpetrators.

Reporters Pete Thamel and Pat Forde of Yahoo Sports “viewed hundreds of pages of documents” they say detail payments from people at the centre of the scandal.

END_OF_DOCUMENT_TOKEN_TO_BE_REPLACED

Manchester United Football Club has recorded revenues of £513.3 million ($684 million) for 2015/16 to become first English team with more than half a billion pounds revenue in a financial year. Manchester United is a professional football club based in Old Trafford, Greater Manchester, that competes in the Premier League, the top flight of English football and the richest professional sports league in the world.

END_OF_DOCUMENT_TOKEN_TO_BE_REPLACED

If the NBA can sell it, they will. It is becoming harder and harder to escape its commercialization. As part of the commodification of civil rights leader Martin Luther King, the ESPN sports network even aired a national MLK Day NBA game. END_OF_DOCUMENT_TOKEN_TO_BE_REPLACED

Sneakers, Nazis, and a family feud. Two German brothers battled each other to build the Puma and Adidas empires

Review of Sneaker Wars: The Enemy Brothers Who Founded Adidas and Puma and the Family Feud that Forever Changed the Business of Sport END_OF_DOCUMENT_TOKEN_TO_BE_REPLACED

FIFA, who has its throne and holds court in Zurich, the International Olympic Committee, which rules from Lausanne, and the ISL Marketing company, who conducts its business from Lucerne, manages the World Cup and the Olympics. As we can tell, these three powerful organizations maintain their head offices in Switzerland, a country made famous due to William Tell’s marksmanship, the precision of its watches, and religious devotion to bank secrecy. Coincidentally, all three hold an extraordinary degree of shame when it comes to the money that passes through their hands, and the money that remains in their hands. END_OF_DOCUMENT_TOKEN_TO_BE_REPLACED

Adidas business in Russia is “healthy and growing,” and has not been affected by sanctions, the company’s spokesperson states. 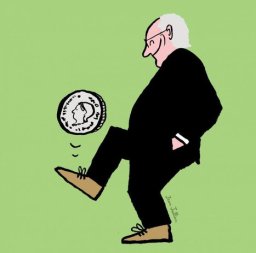 (Nov. 3) – Emirates, the world’s biggest international airline, won’t renew its sponsorship of FIFA, allowing its contract with soccer’s global governing body to expire at the end of the year.

The decision comes after FIFA faced corruption allegations linked to votes for the World Cup and its presidency during the period. Emirates is among FIFA’s six top-tier partners. Four have renewed through at least the next World Cup in Russia and another, Sony Corp. (6758), is in discussions about an extension. END_OF_DOCUMENT_TOKEN_TO_BE_REPLACED 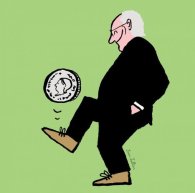 But we aren’t just in it for the team rivalry – we’ve also been fascinated by the ads. The FIFA World Cup is more than a sporting event; it’s a chance for brands to go head to head on our TVs, our mobile devices, and all over social media.