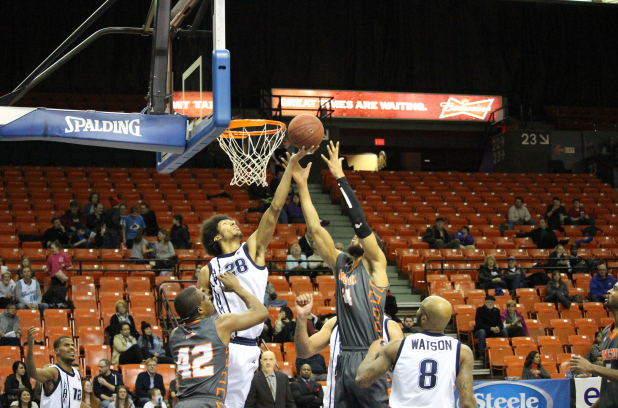 The Halifax Rainmen were a professional basketball team based in Halifax, Nova Scotia. They played most recently in the Atlantic Division of the National Basketball League of Canada (NBL) and their home games took place at the Scotiabank Centre, formerly known as the Halifax Metro Centre. END_OF_DOCUMENT_TOKEN_TO_BE_REPLACED

US annexation: ‘The Principality of Outer Baldonia’ in Nova Scotia

Last year, I was contacted by Phillip Hayward of Southern Cross University to write an article on a “micronation” that had been established on an island off the south shore of Nova Scotia in 1949. Micronations, generally defined as territories declared independent by persons or groups despite the unlikelihood of receiving any official form of recognition, have cropped up around the world since the 1960s. Having been unfamiliar with the concept, I was excited to explore the history of “The Principality of Outer Baldonia.” END_OF_DOCUMENT_TOKEN_TO_BE_REPLACED

The Canadian sports media, by individualizing player “no shows” as the “reason” for the first round exit of Team Canada from the Classic, deliberately overlooks the peculiar and self-serving rules dictated by the U.S. sports empire. This is how the U.S. organizes fair play, writes TONY SEED* in the second article of a two-part series. Part I is here.

HALIFAX (March 15, 2009) – BASEBALL CANADA, which extensively collaborates with the Toronto Blue Jays, capitulated to the U.S. baton in the preparatory meetings of the baseball federations to organize the Classic and became one of its first casualties. 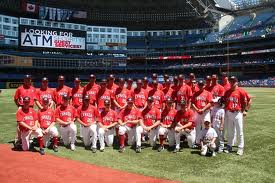 In the wake of Canada’s elimination from the World Baseball Classic (WBC), the sports media in Canada nevertheless spread the news that it was in part due to the bad “attitude” of Canadian professional players such as pitcher Ryan Dempster, whom it alleges had chosen not to participate on Team Canada. The same refrain is struck to “explain” the absence of this and that professional basketball player from the Canadian national team competing for the Olympics. The news is presented in a decontextualized manner so that the weakness of the national teams in different sports is individualized. The players are presented as “selfish,” “me-first” “rogues,” who are completely devoid of “Canadian values” and thus deserve recrimination, scorn and ostracism. The real selfishness of a U.S. sports empire, which owns the contracts of the athletes and makes the decision as to their participation, is rendered obscure. END_OF_DOCUMENT_TOKEN_TO_BE_REPLACED

The crisis in Canadian basketball

Here is my first and last “letter to the editor”, sent to the Halifax Daily News, 15 June 2007, at the request of colleague and prominent sportswriter A.J. Walling. I’m told by Alex that numerous other letters were also sent. The Transcontinental Inc.-owned Daily News is a media sponsor of the Halifax Rainmen franchise of the American Basketball League. None of the letters were published. – TONY SEED

HALIFAX – SOME sober questions arise from Alex J Walling’s well-researched and provocative article on the American Basketball League which is desperately trying to expand into Canada (“The ABA is a league full of holes,” 11 June 2007). Mr Walling is a veteran sports journalist, independent freelancer and columnist. He carried this investigation entirely on his own initiative and time. END_OF_DOCUMENT_TOKEN_TO_BE_REPLACED

The ABA is a league full of holes

Teams often fail to turn up, pay players a pittance, and disappear without notice. (See also the companion article, “The Crisis in Canadian Basketball” by Tony Seed, on this website)

HALIFAX (11 June 2997) – THE STORY is like taking a car trip across Canada. You never know what will take place along the journey, and you may never reach the end.

The Halifax Rainmen are slated to launch their professional life this November in the American Basketball Association.