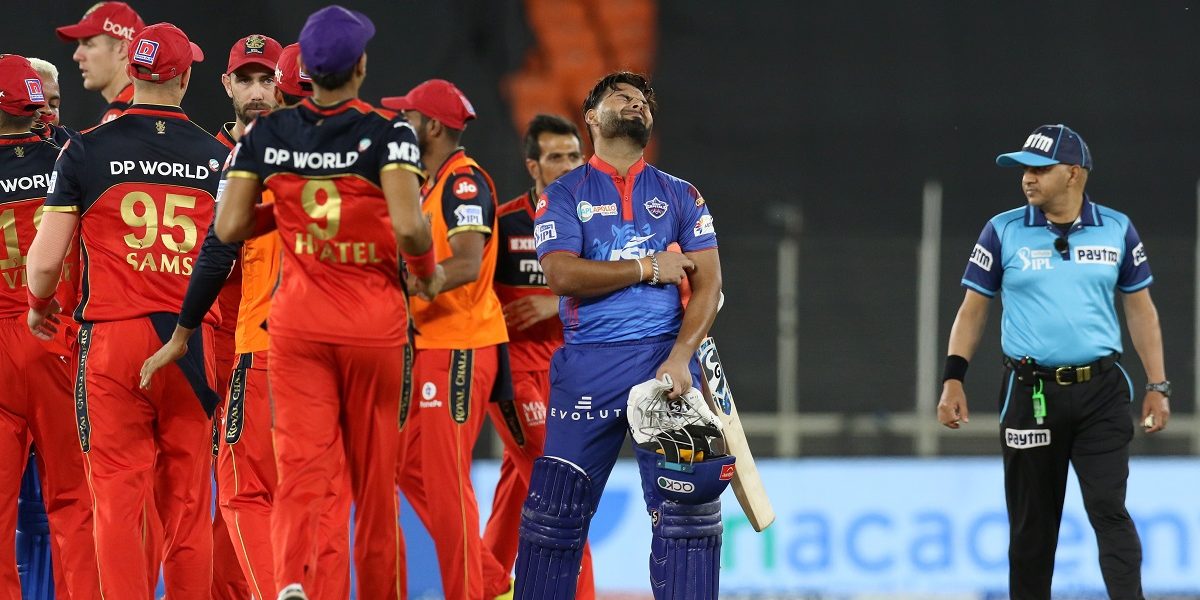 Rishabh Pant, captain of the Delhi Capitals, reacts during an IPL match with the Royal Challengers Bangalore, Ahmedabad, April 27, 2021 | PTI/Sportzpics for IPL

In the early hours of April 26, Ravichandran Ashwin, one of India’s leading cricketers, took to social media and confirmed he’s temporarily opting out of the ongoing edition of the Indian Premier League (IPL). Ashwin’s withdrawal came hours after his team finished the Chennai leg of their schedule and was due to depart for their next one in Ahmedabad. Citing the worsening conditions in the country amidst the second wave of the COVID-19 pandemic, Ashwin has decided to extend support to his immediate and extended family during an unprecedented nationwide health crisis. END_OF_DOCUMENT_TOKEN_TO_BE_REPLACED 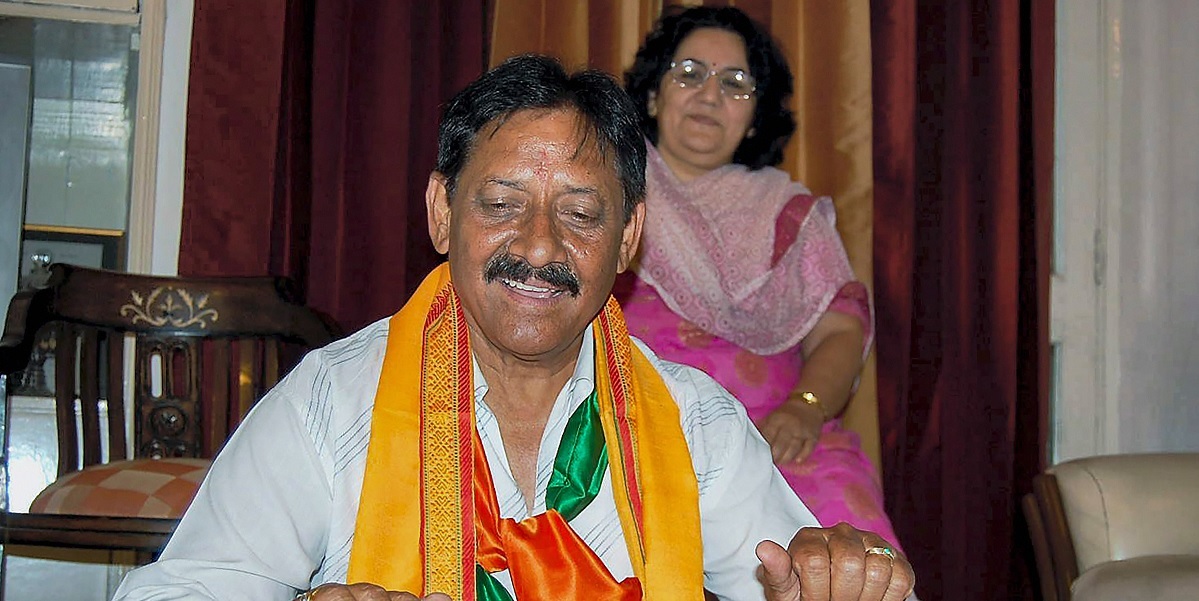 New Delhi: Former Indian cricketer Chetan Chauhan died on Sunday due to COVID-19 related complications. He was put on life support for nearly 36 hours, according to reports. He was 73 years old and is survived by his wife and son Vinayak. END_OF_DOCUMENT_TOKEN_TO_BE_REPLACED

The Cricket World Cup 2019 commenced on May 30 with England and South Africa playing the first match of the international event.

The 12th edition of the World Cup is being held in England and Wales from May 30 to July 14 with 10 national teams. END_OF_DOCUMENT_TOKEN_TO_BE_REPLACED

Smith jumped to No. 1 in the ICC’s rankings after his brilliant first-innings 199 earned him man-of-the-match honours in Australia’s second-Test triumph over the West Indies inJamaica on Monday morning.

Five balls, so many stories – the last-over drama of that semi-final

It would have been an incredible finale regardless, but the sheer number of stories threaded through South Africa v New Zealand of the 2015 Cricket World Cup meant it became something very special. ANDY BULL in The Guardian on a brilliantly dramatic game

BYE, SINGLE, FOUR, BYE, SIX
(March 24) – Ball one was on a length and landed just outside the line of leg stump. By Dale Steyn’s standards it was slow, and deliberately so. A little under 80mph. Dan Vettori hopped back and swung his bat. Played, missed, and ran anyway. He needed to get Grant Elliott on strike. The two of them had already agreed that with wicketkeeper Quinton de Kock standing so far back they would run regardless. And so they did. A bye, then, and New Zealand need 11 to win or 10 to tie. Do that, and they would go through to the final on the grounds that they’d a better record in the group stages. END_OF_DOCUMENT_TOKEN_TO_BE_REPLACED

The space between the wicket: Reviewing Fire in Babylon

By Usman Mushtaq, with files from Ajay Parasram

The film is a highly entertaining 2010 British documentary film about the West Indies cricket team of the 1970s and 1980s. Fire in Babylon does justice to the symbolic importance of cricket in building regional esteem in the early period of independence in the Caribbean. END_OF_DOCUMENT_TOKEN_TO_BE_REPLACED

From WG Grace to Graham Gooch’s 333

Sam Sheringham, BBC Sport (July 17) – Lord’s – the feted ‘Home of Cricket’ – is celebrating its 200th birthday as it hosts the second Test between England and India.

The north-west London venue, founded by cricketer-turned-wine merchant Thomas Lord, is home to the Long Room, the egg-and-bacon colours of Marylebone Cricket Club, the Grace Gates and honours boards on which every cricketer dreams of seeing their name. END_OF_DOCUMENT_TOKEN_TO_BE_REPLACED

(Feb. 14) – THE decision by the governing body of cricket, the International Cricket Council (ICC) to give the ‘Big Three’ of cricket, India, England and Australia, a dominant position in the organisation is met by criticism from the sport’s stakeholders to Transparency International. END_OF_DOCUMENT_TOKEN_TO_BE_REPLACED

Police on sticky wicket as they try to court NY’s South Asian Muslim community with cricket. After establishing a youth cricket league as a front, the police department of New York, one of the most heavily militarized cities in the USA – is marred by spying scandal. Kanishk Tharoor in Aljazeera America

NEW YORK (Oct. 5, 2013) — The players in the New York Police Department’s under-19 cricket league refer to one of its oldest supervising officers as “Shabash”(“Bravo” in Urdu). They call him that because he uses the term so often and so indiscriminately. It is the only Urdu word he has picked up in his six years of working with the predominantly South Asian and Caribbean teams.

END_OF_DOCUMENT_TOKEN_TO_BE_REPLACED

The Sri Lankan’s speech at Lord’s should serve as a wake-up call to administrators to use the game to serve people, and not for selfish gains

Kumar Sangakkara has made the most important speech in cricket history. Brushing aside the twin temptations of romance and sentiment, the erudite Sri Lankan has dared to confront the truths about cricket in his country. Along the way he struck many meaty blows on the game’s behalf. His discourse was nothing less than a challenge to cricket to set higher standards for itself, to reject jealousy, pettiness and greed, and to become part of the enlightenment. END_OF_DOCUMENT_TOKEN_TO_BE_REPLACED