Who is singing now?

(July 11, revised July 19) – The world has been saved from an England-France Brexit final at the 2018 World Cup, renditions of “Three Lions” and “Rule Britannia” in the stadiums, and the tsunami of British chauvinism unashamedly embraced by the Canadian media.

What goes around, comes around. The dodgy English threw their final match in the opening round with Belgium back on June 28 with the pretext of resting players and avoiding injuries for the Round of 16. “Sometimes, you have to make decisions with the bigger picture, and that’s what I did tonight,” rationalized head coach Gareth Southgate at the time – as if the decision was his and his alone. That “bigger picture” seems to have included getting a better draw in the knockout stage, that is, to avoid Brazil and therein build the size of the betting pool, the TV market, the revenues of the English Football Association, and a “hearts and minds” diversion from the Brexit crisis at home – giving a new definition to match fixing and a level playing field. Such are the elastic ethics of England.  END_OF_DOCUMENT_TOKEN_TO_BE_REPLACED

“I am strong, they are not going to break me,” said Maradona | Photo: teleSUR

Legendary Argentine soccer star Diego Maradona said that players support his bid for FIFA presidency, which he said he will use to “fight against the mafia within.”

END_OF_DOCUMENT_TOKEN_TO_BE_REPLACED

Maradona to run for FIFA president

The Argentinian football legend Diego Armando Maradona told radio station Radio La Red in Buenos Aires late in May that his complaints about FIFA corruption had been ignored for years. “I was treated like a crazy person,” he said. “Now the FBI has told the truth. There is no soccer. There is no transparency. Enough lying to people and dinner parties to re-elect Blatter.” Now he is putting it on the line.

The god of football and Silvio meet in Havana

Diego Armando Maradona attended one of Silvio Rodriguez’s concerts in the neighbourhoods. Later on, the former football player and the singer-songwriter had a brief and friendly meeting

Diego Armando Maradona and Silvio Rodríguez. Maradona, for his part, presented Silvio with a t-shirt from the De Zurda sports show, which he hosts together with Víctor Hugo Morales and whose second season for Telesur premiered in Havana on Jan. 11 | Kaloian Santos Cabrera

END_OF_DOCUMENT_TOKEN_TO_BE_REPLACED 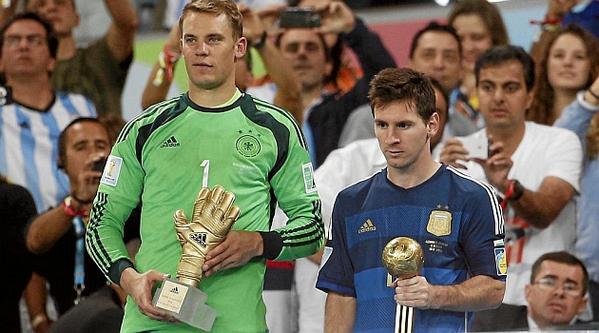 telSUR (Oct. 30) – At press conference in Russia Wednesday, FIFA president, Sepp Blatter said that Lionel Messi did not deserve the Golden Ball award for best player in the 2014 World Cup in Brazil. END_OF_DOCUMENT_TOKEN_TO_BE_REPLACED

Argentine soccer icon Diego Armando Maradona is reportedly in negotiations to coach the Palestinian soccer team ahead of the AFC Asian Cup tournament in Australia in 2015. Maradona has expressed support for the Palestinians in the past. When he was still coaching in UAE, he told reporters “I am the number one fan of the Palestinian people. I respect them and sympathize with them,” according to Ynet.
He even promised the Palestinian football team to visit Palestine, and said, “I support this nation’s cause, since I grew up on struggle and standing against injustice.” (Maradona (C) plays the ball during the inter-religious ‘match for peace’ soccer game in Rome’s Olympic Stadium, September 1, 2014 | AFP)

The Palestinian national team, decimated by Israeli murders and detention of its players, has jumped to 85th in the FIFA rankings, its highest in history, compared to Canada’s dismal ranking at 122.

MANILA, Philippines (8 Sept) – The Palestinian soccer team was the Cinderella story of the sporting world following its against-the-odds victory in the Asian Football Confederation’s Challenge Cup in May. It wasn’t just that it won its first ever international piece of silverware. Or that it did so without conceding a goal in all five matches in The Maldives. END_OF_DOCUMENT_TOKEN_TO_BE_REPLACED

Note from Fidel regarding his June 23 message to Maradona

Yesterday I wrote Diego Armando Maradona, a renowned Argentine leading figure in the history of football, who via Telesur has offered us his opinions about the development of the world football competition.

As a sports fan, I sent a message to the Argentine star, who has additionally been an excellent friend of the Revolutions in Venezuela and Cuba. END_OF_DOCUMENT_TOKEN_TO_BE_REPLACED

A few days ago I came across the following report of a June 23rd message from Fidel Castro to Diego Maradona, also reported in The Independent and the Guardian. Kelly’s report was dated June 27, 2014. Coincidence? Hidden political agenda? Judge for yourself. – Tony Seed END_OF_DOCUMENT_TOKEN_TO_BE_REPLACED