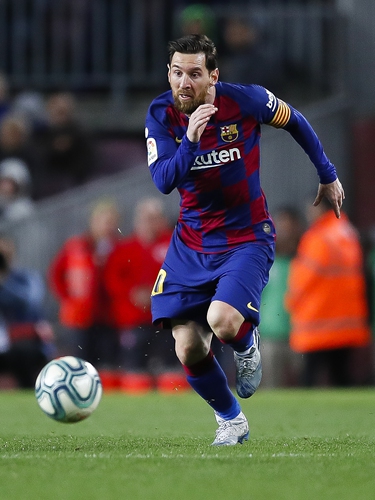 (AFP, March 26) – Europe may be the financial powerhouse of global football, but the economic impact from the coronavirus pandemic is already beginning to hit and the consequences could be disastrous for clubs across the continent. END_OF_DOCUMENT_TOKEN_TO_BE_REPLACED

Transfer cost to assemble the squad: Manchester City at the top

Manchester City has spent almost €1 billion in transfer indemnities to sign its present squad members (add-ons included). This obscene figure is the highest figure ever measured for a football team. The CIES Football Observatory Weekly Post presents the data for all of the big-5 league teams in Europe.

Seven English Premier League teams are in the 11 top positions of the table. The biggest increase compared to last year was measured for Liverpool (from €437M to €704M). The Spanish giants (Barcelona and Real Madrid), Juventus and Paris St-Germain (2nd overall) are the only non-English teams in the top 11. The best-ranked German Bundesliga club, Bayern Munich, is 12th.

Total transfer expenditure to make up the squad for clubs from the five major European leagues went constantly up during the last decade. In 2010, a big-5 league had spent on average €67M to sign its squad members. In 2018, this figure reached a new record high of €161M. During the same period, the amounts invested to assemble the squad by English Premier League clubs went up from €126M to €326M.

The Premier League, whose member clubs are owned by financial oligarchs, currently has the highest percentage of foreign players of any league in the world, at 69.2 per cent.

(December 15) – On 19 December 2009, Pep Guardiola stood and wept in the middle of Zayed Sports City Stadium in Abu Dhabi. The 38-year-old Barcelona manager clasped a hand across his face as his body gave way to huge, shoulder-heaving sobs. Zlatan Ibrahimović, the club’s towering Swedish striker, wrapped a tattooed arm around Guardiola’s neck and then gave him a vigorous push in order to jolt him out of it. But Guardiola could not stop. END_OF_DOCUMENT_TOKEN_TO_BE_REPLACED

Following the club’s 11th European Cup win, an 1985 article from the archive of History Today explains why the shadow of fascism hangs over Real’s stellar history. During the Franco years, the ostracised regime used football to initiate a gradual road towards acceptance of the the entry of Spain into NATO in 1982 and the EEC in 1985. The Catalans and the Basques, however, used football as a means of popular anti-fascist protest | DUNCAN SHAW (photos and captions added by TS)

On June 21st, 1964, an ecstatic crowd of 120,000, awash in a sea of red and yellow, cheered and applauded Generalissimo Francisco Franco as he stood up to leave the Madrid summer evening gathering. This was no mass rally of political affirmation that the dictator was leaving, but a football match. Spain had just beaten the Soviet Union in the Final of the European Nations’ Cup; so much more than just a football victory: a triumph for international co-operation over Cold War hostility, but, conversely, perhaps also a triumph over the old Red enemies of the Civil War.

END_OF_DOCUMENT_TOKEN_TO_BE_REPLACED

Written by Bayern Central (May 13) – FC Bayern München fought in its Champions League semi return leg against Barcelona but its attempt at a comeback was destroyed by a high defensive line. A detailed look at how it unfolded.

END_OF_DOCUMENT_TOKEN_TO_BE_REPLACED

(Jan 2) – The Court of Arbitration for Sport (CAS) has dismissed FC Barcelona’s transfer ban appeal and confirmed that the club has breached the rules regarding protection of minors. The verdict may be a step against the use of underage footballers.

END_OF_DOCUMENT_TOKEN_TO_BE_REPLACED

The fight against illegal trafficking of young African footballers: some of Europe’s richest football clubs have been implicated. It is a fight that is far from over – and one that FIFA recently brought to light through the sanctioning of FC Barcelona and the club’s exploitation of young players.

The phone vibrates in his breast pocket. Again. It is the fourth time in the last half hour, and this time Jean-Claude Mbvoumin feels compelled to answer. He apologizes, pulls the chair slightly away from the little coffee table where we sit, and lifts the phone to his ear.

“It is Jean-Claude,” he says in French, while a concerned father from Guinea identifies himself at the other end of the line. The Guinean man recently sent his son to a try-out in Europe, but now the father has not had contact with his son for several days, and he does not know where in Europe his son is. Jean-Claude promises to look into it and asks him to call back later. END_OF_DOCUMENT_TOKEN_TO_BE_REPLACED

Thousands of children have been traded already

All Over Press Photo

UPDATED: FIFA has punished FC Barcelona for trading children. But this is only the tip of the iceberg. The trade of minors is standard practice in European football – and has been for years. Now, for the first time since the sanctions against the Spanish club were issued, FIFA responds to enquiries regarding the case.

END_OF_DOCUMENT_TOKEN_TO_BE_REPLACED

Israeli football, racism and politics: The ugly side of the beautiful game

The so-called globalization of sports by big monopolies and the sports cartels (leagues, associations) has self-serving aims. Along with striving for domination of the global market, including control over human talent, these include the justification of the unjustifiable, from the racist and fascist South African regime in the 1970s and 1980s to Zionist Israel and the Bahrein and Emirate dictatorships today. Israel’s increasing integration into European competitions, despite its refusal to revive peace talks with the Palestinians, its violation of human rights and its illegal occupation of Historic Palestine, including illegal settlements in the West Bank, is contrary to the highest ideals of amateur sport. It should be met with international opposition of the kind faced by apartheid South Africa, writes JONATHAN COOK* from Nazareth – though not at the expense of the struggle of the Palestinian people themselves for their inalienable rights. – Tony Seed

[April 25, 2013] A DOZEN Palestinian teenagers from the West Bank village of Bilin stride forth in FC Barcelona jerseys, looking no different from thousands of other fans of one of the world’s leading football clubs. But moments later, in the shadow of the oppressive concrete wall, the group remove their shirts and drape them over razor wire the Israeli army has uncoiled around the village. The youngsters then set fire to the jerseys.

This protest, captured earlier this month on a YouTube video, is one of many by Palestinians and their international supporters as they step up their opposition to Israel’s increasing integration into world football, at a cost, say Palestinians, to their own sporting ambitions. END_OF_DOCUMENT_TOKEN_TO_BE_REPLACED