Northern Ice. A shame on Canada

(December 27, updated December 29) – Canada routed Germany 16-2 in the “world” juniors hockey championship on December 26. The German team was missing six players including its top to goaltenders – one third of its roster – due to the covid pandemic. It had also played the night before, while Canada was playing its first game. Nevertheless, the game was not cancelled or postponed by the International Hockey Federation, being scheduled for the TSN Cable TV sports network [1] at primetime (6 p.m.) Saturday night. END_OF_DOCUMENT_TOKEN_TO_BE_REPLACED

A gold medal for peace

END_OF_DOCUMENT_TOKEN_TO_BE_REPLACED

Lenin Mausoleum, one of biggest attractions at the 2018 World Cup

Lenin is now alive more than ever. Foreign fans at the World Cup 2018 waited in giant lines to visit the Lenin Mausoleum.

One of the main attractions for fans at the World Cup 2018 was Lenin’s Mausoleum in Moscow. The editor-in-chief of the Maxim Gorky film studio, Andrei Apostolov, published a photo of a huge line of visitors, which stretched along Red Square on the days of the 2018 World Cup.

The fact that thousands of fans wanted to visit the Mausoleum, Apostolov writes on Facebook:

“While the ‘morning paints a gentle light onto the walls of the ancient Kremlin’, several thousand foreign football fans lined up in a winding queue to visit the recumbent Ilyich … Such a pilgrimage Red Square probably has not seen for half a century … (A frame from the window of the Historical Museum does not at all convey the real dimensions of the disaster, for the people of darkness). According to the staff of the museum, this is the way it has been every day,” he wrote.

Pity the Russophobe journos whom no one believes

Historic gold for United Korea: Players cried, the audience was on their feet

A HISTORICAL day for Korean sport. A mixed pair in table tennis – a South Korean player and a North Korean player – won the gold medal, the first gold medal for united Korea after 27 years at the Korean Open held in Daejon. END_OF_DOCUMENT_TOKEN_TO_BE_REPLACED 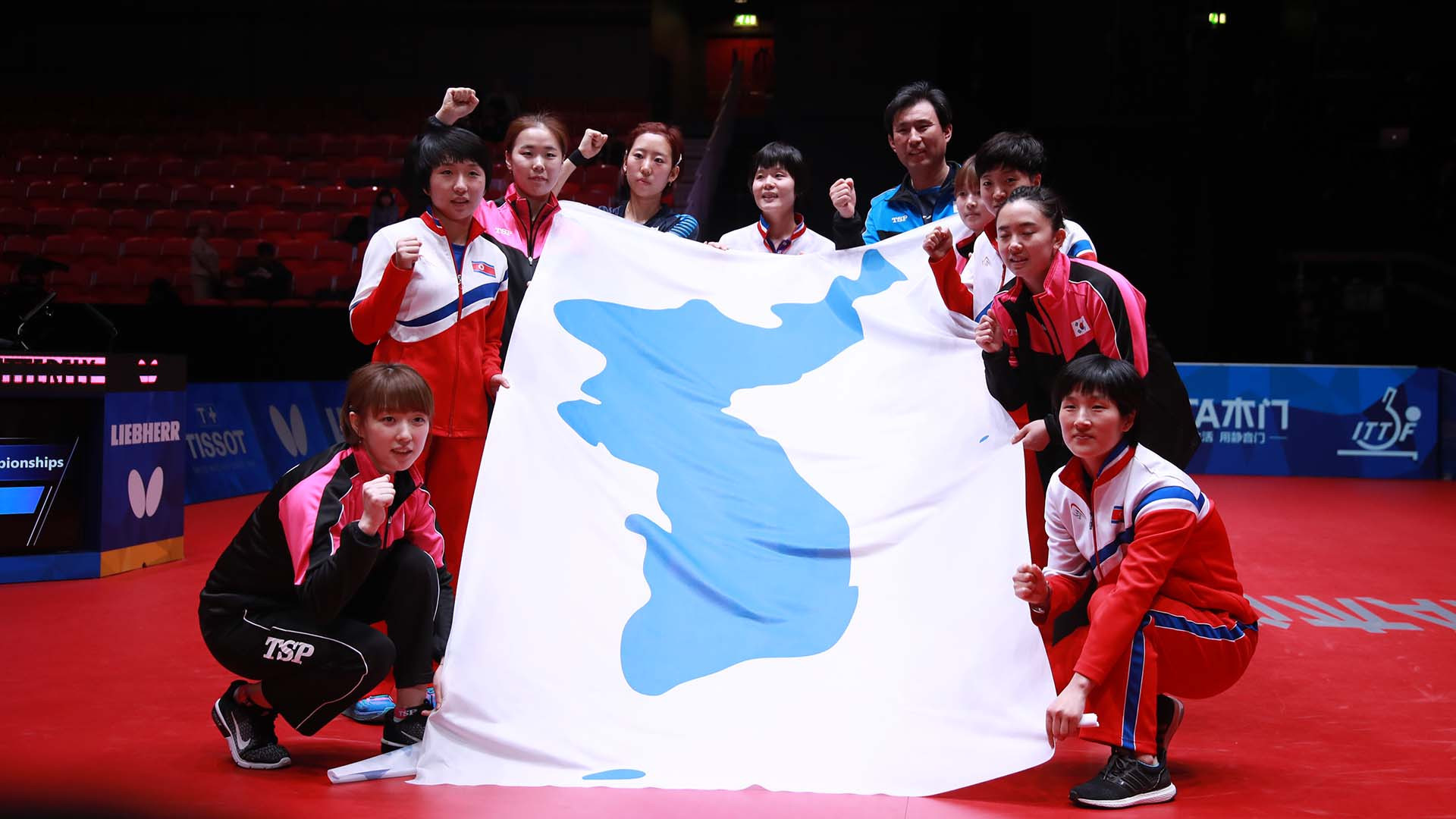 DOZENS of South Korean basketball players arrived in North Korea’s capital today for a series of games the two Koreas hope will foster a spirit of detente generated by the recent North-South summit meetings. END_OF_DOCUMENT_TOKEN_TO_BE_REPLACED

England humiliated “little Panama” 6-1 on Sunday in Nizhny Novgorod. One newspaper (the Herald Sun) called its team a “fraud.” The TV broadcasters and the four members of the TSN “World Cup Panel” – all British, two from Yorkshire – oohed and awed over the superior English performance. The London Guardian unashamedly rejoiced: “Panama hammered by England in World Cup walkover.” The Independent screamed that the great power “can go all the way” and win the World Cup. A Guardian photo spread selectively featured four shots of Panama players “manhandling” and “bear hugging” the innocent and virtuous Englishmen, the so-called inventors of the game. This from a country where UK Sport was forced to conduct in 2017 a “root and branch review” of its policies following reports of a culture of fear in organisations as diverse as British Cycling, British Swimming, British Bobsleigh and British Gymnastics. This hubris and the whole concept of “hammering” and a “rout” by a great power over a small nation completely negates the modern spirit of friendship, respect and appreciation of all peoples and their right to be. It is British über alles of the imperialist era. END_OF_DOCUMENT_TOKEN_TO_BE_REPLACED

SEOUL (Reuters) – The two Koreas agreed on Monday to march together under a unified peninsula flag and form combined teams to compete in the next Asian Games, they said in a joint statement, in the latest sign of a thaw between the old rivals.

Both sides also agreed at a round of talks on their heavily fortified border to hold a series of basketball matches in the North Korean capital of Pyongyang on July 3-6, marking the anniversary of a July 4, 1972, inter-Korean agreement on unification, they said. END_OF_DOCUMENT_TOKEN_TO_BE_REPLACED

Friendship first: What Celtic FC’s solidarity with Palestine can teach the world

As the 2018 World Cup frenzy starts to take over the news cycle, it is essential that we highlight examples of how the sport has brought people together, such as is the case of Celtic FC and Palestine. Celtic Football Club, a football club based in Glasgow, Scotland, has consistently shown solidarity with the Palestinian struggle.