Those Superfast Nike shoes are creating a problem

END_OF_DOCUMENT_TOKEN_TO_BE_REPLACED

(July 9) – Lightweight footwear under one hundred grams; swimsuits designed by experts in hydrodynamics that “cut” through the water with maximum efficiency; sensors placed in different accessories that calculate heart rate and provide other real time information; rackets that reduce vibration transfer resulting from the impact of the ball…  END_OF_DOCUMENT_TOKEN_TO_BE_REPLACED

If the NBA can sell it, they will. It is becoming harder and harder to escape its commercialization. As part of the commodification of civil rights leader Martin Luther King, the ESPN sports network even aired a national MLK Day NBA game. END_OF_DOCUMENT_TOKEN_TO_BE_REPLACED 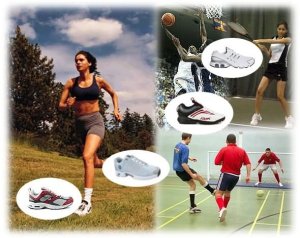 Sneakers, Nazis, and a family feud. Two German brothers battled each other to build the Puma and Adidas empires

Review of Sneaker Wars: The Enemy Brothers Who Founded Adidas and Puma and the Family Feud that Forever Changed the Business of Sport END_OF_DOCUMENT_TOKEN_TO_BE_REPLACED

IAAF: Who is the ‘real’ Sebastian Coe?

Comment: The International Association of Athletics Federations (IAAF), headed by its newly-elected president Sebastian Coe, has suspended Russia’s track and field federation by a 22-1 vote. The vote came within one week of a controversial report issued by the World Anti-Doping Association (WADA) citing Russia – and no other country – for doping violations under the pretext of high ideals. The meeting in London was hastily convened by Coe, himself a vice-president of the IAAF since 2007. ANDREAS SELLIAAS* analyses Coe’s compromised background and comments on his mounting challenges. Originally posted on this blog on August 20, 2015

Will newly elected athletics president Seb Coe (photo) get the IAAF back on its feet? | Andy Miah/Flickr

(August 20) — Lord Sebastian Coe was Wednesday elected as new president of theInternational Association of Athletics Federations ahead of Sergey Bubka. Winning 115-92 was a comfortable, but not overwhelming victory. But for the former middle distance ace and successful leader of the 2012 London Olympics this was a great day. END_OF_DOCUMENT_TOKEN_TO_BE_REPLACED

Characteristically, neither Nike nor any U.S. or European monopoly was named in the FBI indictment of the FIFA officials for corruption. Yet a 1996 deal with “Sportswear Company A” (sic) gave Nike the right to arrange five friendly matches for the Brazilian national team per year, picking both opponents and players included in so-called “Nike games.” BRAD HAYNES AND ANTHONY BOADLE, Reuters END_OF_DOCUMENT_TOKEN_TO_BE_REPLACED

But we aren’t just in it for the team rivalry – we’ve also been fascinated by the ads. The FIFA World Cup is more than a sporting event; it’s a chance for brands to go head to head on our TVs, our mobile devices, and all over social media.

END_OF_DOCUMENT_TOKEN_TO_BE_REPLACED

The other ball boys and girls

The child workers for the World Cup

The young workers employed in the sweatshop factories of sporting goods companies across the globe don’t have the opportunity to play sport; their lives are ground down by slave labour. Behind the ‘stinging play’ there is the stingy pay. END_OF_DOCUMENT_TOKEN_TO_BE_REPLACED