Women’s hockey: Parity and ‘running up the score’ over the years

(February 23, 2018) – “Running up the score” came to the fore once again in men’s and women’s ice hockey at the Pyeonchang Winter Games.

US men’s hockey coach Tony Granato refused to shake hands in the traditional post-game handshake on the ice with his Russian counterpart, explicitly accusing him of “running up the score” in a match held on February 17 and won by the latter team 4-0. END_OF_DOCUMENT_TOKEN_TO_BE_REPLACED

TeleSUR (Aug. 13) – With the highest record of Olympic medals in Latin America, Cuba owes its sports achievements to the socialist revolution.

The devastating U.S. blockade on Cuba, which has lasted for more than 50 years and includes restrictions on the nation’s sporting industry, has not stopped the island from becoming the most successful Latin American country in Olympics history and an example for the rest of the region and world.

Historically speaking, Cuba is by far and away Latin American leader in the Olympics: 209 medals in total, 79 gold, 67 silver and 70 bronze. END_OF_DOCUMENT_TOKEN_TO_BE_REPLACED

An IndyStar investigation reveals how the sports organization was warned of sexual abuses to ahtletes and did nothing.

USA Gymnastics, a U.S.-based Olympic organization, failed to act or notify authorities after years of allegations of sexual abuse suffered by athletes from coaches, according to an investigation by IndyStar. END_OF_DOCUMENT_TOKEN_TO_BE_REPLACED

FIFA, who has its throne and holds court in Zurich, the International Olympic Committee, which rules from Lausanne, and the ISL Marketing company, who conducts its business from Lucerne, manages the World Cup and the Olympics. As we can tell, these three powerful organizations maintain their head offices in Switzerland, a country made famous due to William Tell’s marksmanship, the precision of its watches, and religious devotion to bank secrecy. Coincidentally, all three hold an extraordinary degree of shame when it comes to the money that passes through their hands, and the money that remains in their hands. END_OF_DOCUMENT_TOKEN_TO_BE_REPLACED 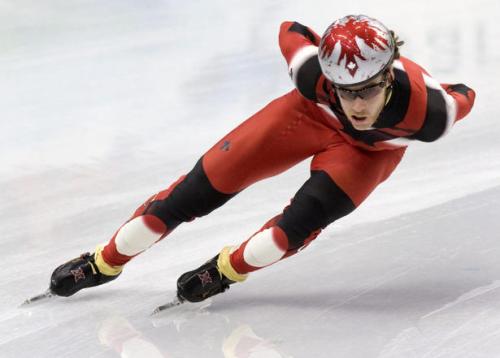 SALT LAKE CITY (AP) —Olympian Simon Cho said Friday (October 5) he agreed to a coach’s demand to tamper with Canadian Olivier Jean’s skates last year after the command was made a third time and in Korean by Jae Su Chun. END_OF_DOCUMENT_TOKEN_TO_BE_REPLACED

MEET THE International Olympic Committee, the folks in the priority traffic lanes, the best hotels and the best and empty seats at the London (and before that Vancouver) Olympics, allegedly the “most ethical Games ever.” Who are these people enjoying such exceptional privileges and extraordinary prerogatives? END_OF_DOCUMENT_TOKEN_TO_BE_REPLACED

London 2012: Olympic Games will not improve mass participation in sport

(July 27, 2012, Play the Game) – JUSTIFYING multi-billion Olympic spending by claiming that the Games in London will inspire more Britons to participate in sports may be plain wrong, reveals a new study. The London bid originally stated that the motivation for hosting the Games was to “enhance sport in London and the United Kingdom forever.” END_OF_DOCUMENT_TOKEN_TO_BE_REPLACED

Tagged as Children in sports, London 2012, Olympics, Sport for all

Community protest June 30, 2012 against the installation of missiles throughout London as part of “security” during the Olympics

MUCH HYSTERIA is being generated over the issue of “security” during the London 2012 Olympic Games, which has its opening ceremony on July 27.

The Games have become a pretext for the militarisation of society, and as a training exercise for the military, besides being organised to serve the interests of the financial oligarchy, not the people. END_OF_DOCUMENT_TOKEN_TO_BE_REPLACED

IF THE SIZE of the Olympics are not reduced, they may become awarded only to rich and authoritarian regimes in the future. Professor Jean-Loup Chappelet, sports governance expert at IDHEAP in Lausanne, analyses the risks of Olympic gigantism.