This day. The Black Power salute

October 16 marks the 50th anniversary of the historic Black Power protest at the 1968 Olympics 200m medal ceremony by African American athletes Tommie Smith (centre) and John Carlos (right), the gold and bronze medalists. Peter Norman (left), the silver medalist from Australia and an opponent of the White Australia policy, displayed the badge of the Olympic Project for Human Rights (OPHR). This was – and is – a powerful example of defiance in the face of racist oppression, in particular, and for human rights for all, in general. END_OF_DOCUMENT_TOKEN_TO_BE_REPLACED 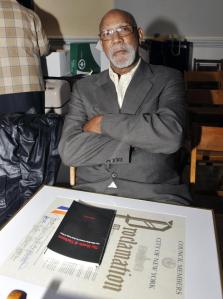 John Carlos and Charles Barkley are both “mavericks”, but only one ever put his life and livelihood on the line. Both have political opinions, one progressive and the other crude and self-serving. The former are little known, the latter are widely propagated. One champions popular resistance to state-sanctioned murder, the other police impunity. One gets by, the other is a big property owner and businessman, who enriched himself by capitalizing on his considerable skills through professional sport and TV, with an estimated net worth of $30 million. One website says he pulled in an obscene $46 million between November 2013 and November 2014, a nearly $20 million lead over his closest competition amongst pro athletes: END_OF_DOCUMENT_TOKEN_TO_BE_REPLACED 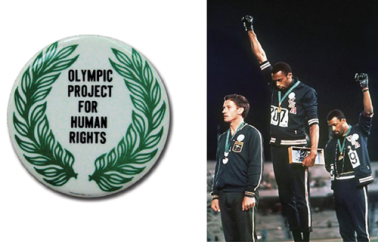 It has been almost 44 years since Tommie Smith and John Carlos took the medal stand following the 200-meter dash at the 1968 Olympics in Mexico City and created what must be considered the most enduring, riveting image in the history of either sports or protest. But while the image has stood the test of time, the struggle that led to that moment has been cast aside. END_OF_DOCUMENT_TOKEN_TO_BE_REPLACED

you, Pete,
i barely noticed END_OF_DOCUMENT_TOKEN_TO_BE_REPLACED

The need for a modern definition of Olympic sports

THE self-serving domination of the rich who use the Olympics for their own ends has a sordid history which shows how the domination of finance capital and the most reactionary elements is blocking a human-centred approach. While everyone speaks in the name of high ideals, the fact is that those who control the Olympics have used this control for the most anti-social aims. For more than 40 years of the post-World War II period, that is, following the defeat of fascism by the world’s people and the achievements which came from that victory, the International Olympics Committee (IOC) was actually led by pro-fascist elements. END_OF_DOCUMENT_TOKEN_TO_BE_REPLACED

Australian athlete stood for rights at home and in the US 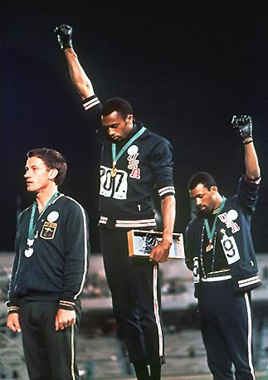 Thirty eight years ago, on October 16, 1968, the medals ceremony at the Mexico Olympics was converted into a symbolic demonstration of the struggle against oppression.

US black sprinters Tommy Smith and John Carlos, respectively first and third in the men’s 200 metres, defiantly raised clenched fist salutes as the American national anthem played. Their stand in support of civil rights and against racism reverberated internationally. The photograph of their protest has become one of the most recognised images in the world, after that of the first moon landing.

The unexpected silver medalist, 26-year-old Australian Peter Norman, wore a button of the “Olympic Project for Human Rights” – a civil rights protest movement set up by black athlete Harry Edwards before the Games – in support of his two fellow athletes. END_OF_DOCUMENT_TOKEN_TO_BE_REPLACED