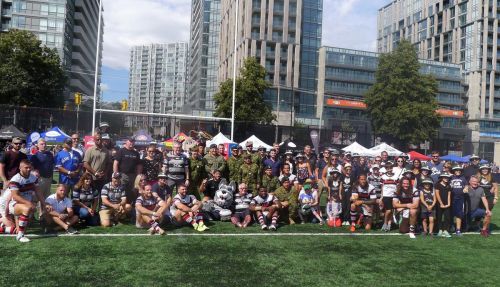 On August 31 the Toronto Wolfpack rugby franchise staged an inaugural “Forces and Families Day” at Lamport Stadium in parallel with the Canadian International Air Show being held over the Canadian National Exhibition (see below) to promote war and militarism in Canada. The event included a fly over featuring a CF-18 Hornet fighter jet, CH146 SAT Griffon helicopter and Sikorsky CH-148 Cyclone helicopter – all aircraft which have been used by Canada to wage war on other nations; displays of Canadian Forces military equipment in the pre-game FanZone (a beer garden) as “family entertainment”; a half time contest with active military members; and free admission for hundreds of well-paid members of the Toronto Scottish Regiment and their families. END_OF_DOCUMENT_TOKEN_TO_BE_REPLACED 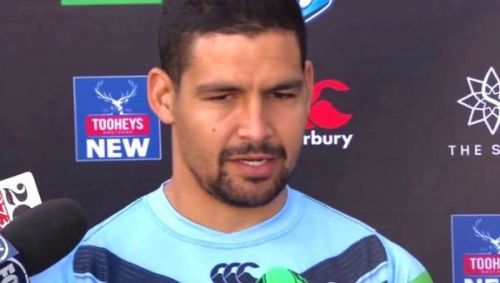 A second Indigenous player who is scheduled to participate in the upcoming State of Origin series – an annual rugby league series – has spoken out against the composition of the country’s national anthem. END_OF_DOCUMENT_TOKEN_TO_BE_REPLACED

Note: Since this story was published, rugby has been reinstated END_OF_DOCUMENT_TOKEN_TO_BE_REPLACED

(Oct. 4) – World Rugby have set up a new working group to establish whether its rules on player eligibility are “fit for purpose”, they announced today.

The topic came to the fore during last year’s Rugby World Cup in England. END_OF_DOCUMENT_TOKEN_TO_BE_REPLACED

Electronic snooping on the All-Blacks 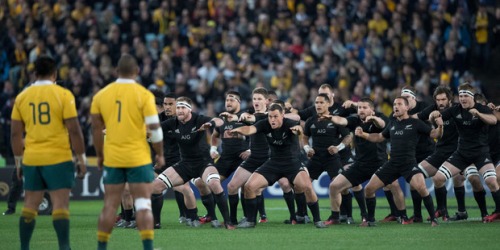 All Blacks perform the haka, during the Rugby Championship 1st Bledisloe test match against Australia at Sydney | Brett Phibbs

The bugging of the All Blacks team room ahead of the first Bledisloe Cup test in Sydney last week is a continuation of a “long and ignoble tradition”, according to one of the foremost authorities on sports corruption.Declan Hill, an academic and investigative journalist, told the New Zealand Herald that the planting of listening devices in team hotels was common and even endemic in some parts of the world. END_OF_DOCUMENT_TOKEN_TO_BE_REPLACED 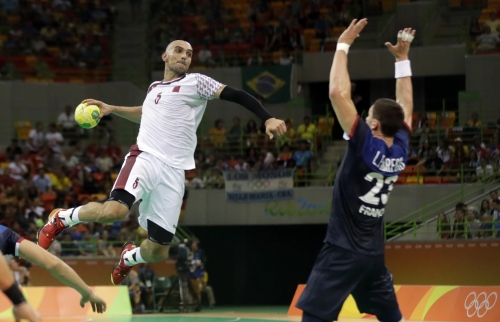 Qatar’s Marko Bagaric from Bulgaria, left, tries to score past France’s Ludovic Fabregas during the men’s preliminary handball match between France and Qatar at the 2016 Summer Olympics on Tuesday in Rio de Janeiro | Ben Curtis/AP

Of the some 11,000 athletes competing in the 2016 Rio Olympic Games, an unknown number are competing for medal-hungry countries that are not their birth nation. At least 23 of Qatar’s 39 member team at Rio were born outside of Qatar and transplanted – recruited in many cases with the offer of financial inducements. The Canadian Olympic team also features a number of plastic or transfer athletes recruited through the “Own The Podium” program of private big capital for support and funding on the basis that they are “winners” and “America’s best who happen to have some kind of Canadian connection.” Such developments, all in the name of high ideals, should be of concern to Canadians.

END_OF_DOCUMENT_TOKEN_TO_BE_REPLACED 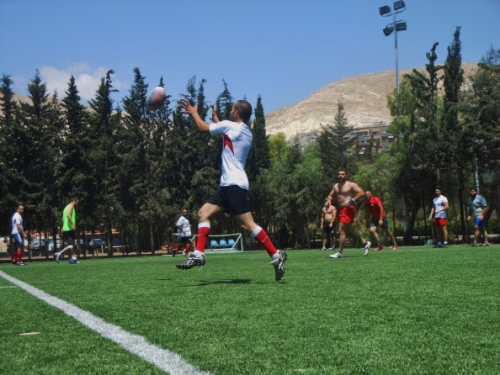 With a row of evergreens surrounding the field and Damascus’ Mt Qasioun as a backdrop, the practice field – even though shared – is a near-idyllic recreation venue.

(Oct. 2) – WHILE I don’t follow organized sports, when I got the opportunity to meet the only rugby team in Syria and see them practise, I jumped on it.  I found the fact that these men still meet, train and compete – in spite of the many obstacles which should prevent them from doing so – fascinating. END_OF_DOCUMENT_TOKEN_TO_BE_REPLACED 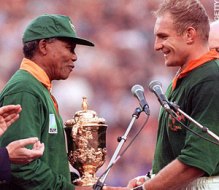 Rugby is played in Cuba too

HAVANA (Prensa Latina) – It sounds strange but the truth is that this sport, in its different categories, has been played in Cuba for several years. Prejudices have been its main enemy, but those who defend it have another view. END_OF_DOCUMENT_TOKEN_TO_BE_REPLACED