Infographic: The Amaury Group, organizers of the Tour de France 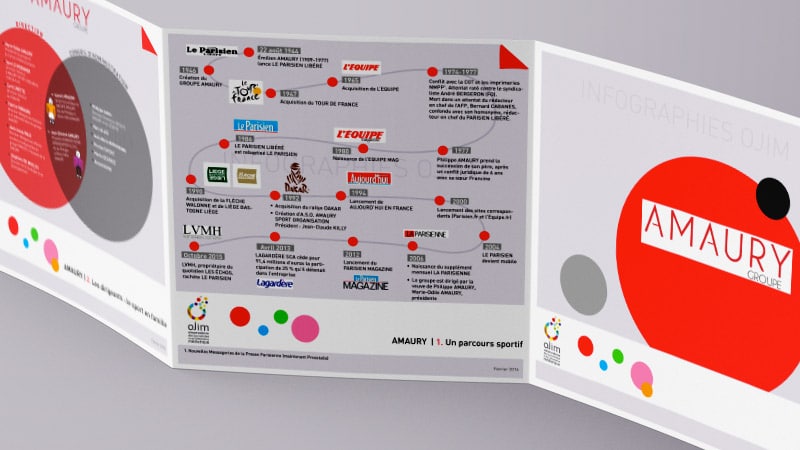 FIND IN ONE CLICK THE ESSENTIAL INFORMATION ABOUT THE GROUP AMAURY WITH AN INFOGRAPHIC: A SPORTING COURSE; LEADERS: FAMILY SPORT; THE SPORTS MEDIA CHAMPION.

(July 9) – Lightweight footwear under one hundred grams; swimsuits designed by experts in hydrodynamics that “cut” through the water with maximum efficiency; sensors placed in different accessories that calculate heart rate and provide other real time information; rackets that reduce vibration transfer resulting from the impact of the ball…  END_OF_DOCUMENT_TOKEN_TO_BE_REPLACED

Characteristically, neither Nike nor any U.S. or European monopoly was named in the FBI indictment of the FIFA officials for corruption. Yet a 1996 deal with “Sportswear Company A” (sic) gave Nike the right to arrange five friendly matches for the Brazilian national team per year, picking both opponents and players included in so-called “Nike games.” BRAD HAYNES AND ANTHONY BOADLE, Reuters END_OF_DOCUMENT_TOKEN_TO_BE_REPLACED

(Nov. 3) – Emirates, the world’s biggest international airline, won’t renew its sponsorship of FIFA, allowing its contract with soccer’s global governing body to expire at the end of the year.

The decision comes after FIFA faced corruption allegations linked to votes for the World Cup and its presidency during the period. Emirates is among FIFA’s six top-tier partners. Four have renewed through at least the next World Cup in Russia and another, Sony Corp. (6758), is in discussions about an extension. END_OF_DOCUMENT_TOKEN_TO_BE_REPLACED

Nathan Bolton (June 12) – I often feel I’m in a very small minority on the left when it comes to football. I support England at international tournaments, I’d sometimes rather go to a game than a meeting and I don’t see the whole sport as a meaningless distraction from making revolution.

Even so, I’ve always felt that politics and football couldn’t mix. Now I’m beginning to think this may not be completely true. END_OF_DOCUMENT_TOKEN_TO_BE_REPLACED

(July 3) – Last week we’ve talked about fierce World Cup marketing battles between big names, like Nike and Adidas. But how do brands market on generic fans, a.k.a., less sporty people?