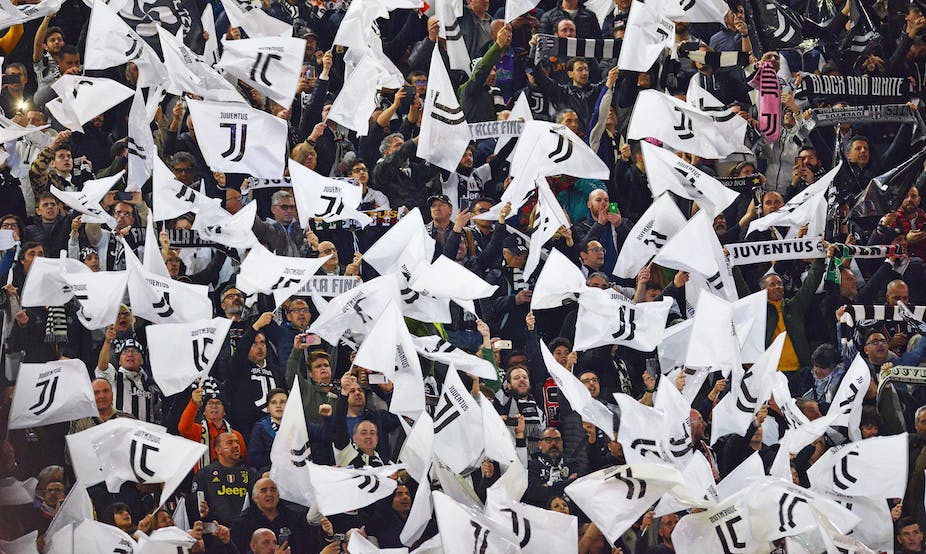 Football could be considered Italy’s most popular sport, with world-class teams worth billions attracting a dedicated following across the country. But more than that, football shapes the nation’s collective identity, bringing people from the smallest village to the biggest city together in their love for “the beautiful game”.

But over the past decade, media investigations and research have uncovered an unseemly lack of virtue within the industry. Mafia infiltration and corruption have come to characterise Italian football to the point that malpractice, deviance and criminal behaviour might seem to be the norm.

For example, fans of one of Italy’s most successful teams, Juventus Football Club (also known as “Juve”), have been dismayed by a series of corruption allegations. In April 2019, the Italian Supreme Court ruled that Juventus managers had supplied match tickets that were touted for profit by groups of hard-core fans, known as ultras, under the control of individuals linked to the Calabrian mafia, known as the ‘ndrangheta.

In an earlier case, concluded in October 2018, former Juventus player and 2006 World Cup winner Vincenzo Iaquinta was sentenced to two years in prison for firearms offences, in part of a larger trial concerning the infiltration of ‘ndrangheta clans in northern Italy. The footballer’s father was also sentenced to 19 years on mafia-related charges.

These incidents are not confined to one club – organised crime groups have interests at all levels of the sport. In 2018, football generated €2.397 billion in Italy alone – the bulk of which came from audiences, not even counting TV, sponsorship and advertising contracts. It’s obvious that an industry attracting such enormous amounts of money would make an appealing target for criminal groups that seek to accumulate profits and conceal the proceeds of crime.

But mafia-type groups are also driven by power, with the aim of gaining influence through intimidation or protection and ultimately governing through violence or corruption. Criminal groups such as ‘ndrangheta clans use football as a platform to boost their reputation and prestige through more or less legal activities.

Some clans will interfere with youth soccer associations, for example by sponsoring young players, buying or establishing teams or even “saving” them if they are in financial difficulties. A special committee of the Italian parliamentary Antimafia Commission explored these occurrences throughout Italy in 2017. 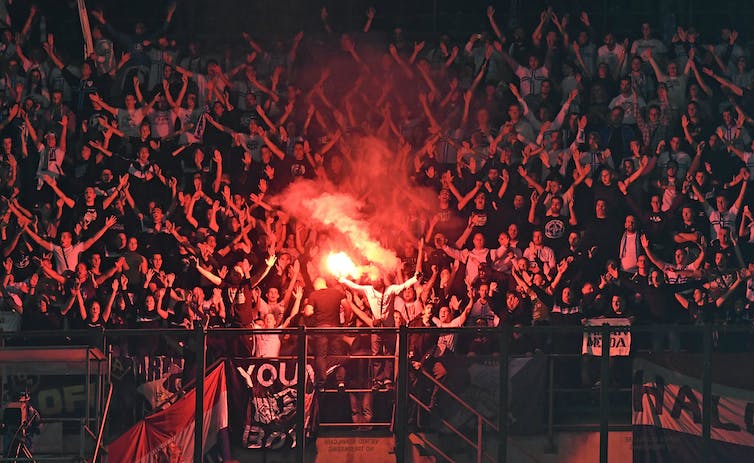 The ultras of AC Milan | Shutterstock.

Groups may use the leverage gained in local environments to exploit business opportunities or gain power at higher levels, too. In the case of Juventus, ticket touting offered clans control over a profitable market, as well as a means to exercise power over the sometimes violent ultras. This, in turn, boosts the reputation of the clans by demonstrating their capacity to exercise influence and control over people and territories using money and violence, if needed.

Mafia groups also use personal networks and contacts to fix match results and benefit from illegal betting networks. A famous case involving a Serie A footballer, Giuseppe Sculli – the grandson of a very prominent ‘ndrangheta boss – showed how mafia interests can be pursued through players or referees for criminal purposes.

In Italian football, match-fixing can occur at alarming scales. The Calciopoli scandal in 2004 eventually led to Juventus being relegated to the lower league in 2006. During this case, it was alleged that different football players, referees and managers had created a system of corruption and sleaze which favoured the victories of certain teams, including in the Serie A.

Italians’ faith in fairness in football after the Calciopoli scandal has dropped drastically. But money laundering and fraud allegations continue to be made against those the highest level, as seen in the 2019 case concerning the former president of the Palermo FC, Massimo Zamparini. 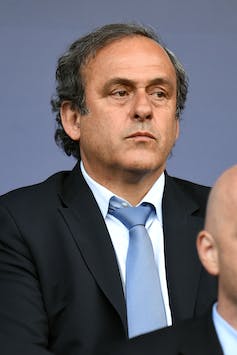 While the state of Italian football seems especially bleak, allegations of corruption in this industry happen everywhere. In October 2018, Belgian authorities charged five people in relation to a massive police inquiry into financial fraud and match-fixing. In May 2019, Spanish police forces arrested a number of La Liga and second division players and club executives as part of an investigation into match-fixing. Most recently, in June 2019, former UEFA president and Juventus football star Michel Platini was arrested on suspicion of corruption over the decision to name Qatar as host nation of the 2022 World Cup – even as he serves a four-year ban from football for receiving a “disloyal payment”.

A red card for corruption

There is no doubt that boosting public confidence in the fairness of football requires improved systems of governance, from the local levels to the national arenas. So it’s good news that international governing body FIFA is set to restore the offence of corruption to its ethics code, having it removed the previous year.

There also needs to be better care and transparency around the enormous amount of money that the industry attracts. FIFA and national bodies – such as the FIGC in Italy, for example – need to oversee the transactions for buying and selling teams and players, make arrangements for legal betting and ensure accountability in sponsorship systems, to begin with.

But there also needs to be an awareness that the industry offers social and symbolic capital to mafia organisations and organised crime groups, as well as economic opportunities to “dirty” entrepreneurs. In response, bodies such as FIFA need to develop specialist knowledge and build in antidotes to corruption, while maintaining oversight and disciplinary power over the industry.

The football field is a meeting place for different interests and different people. It’s a space for business, but also for entertainment and competition. Leadership of such fields requires integrity, dedication and the will to work for the many – not enrich the few.

Anna Sergi is a Senior Lecturer in Criminology, University of Essex. This article is reposted from theconversation.com